This year’s London Palladium Christmas Pantomime has arrived. Take a first look at Jack and the Beanstalk which is playing for Christmas 2022. 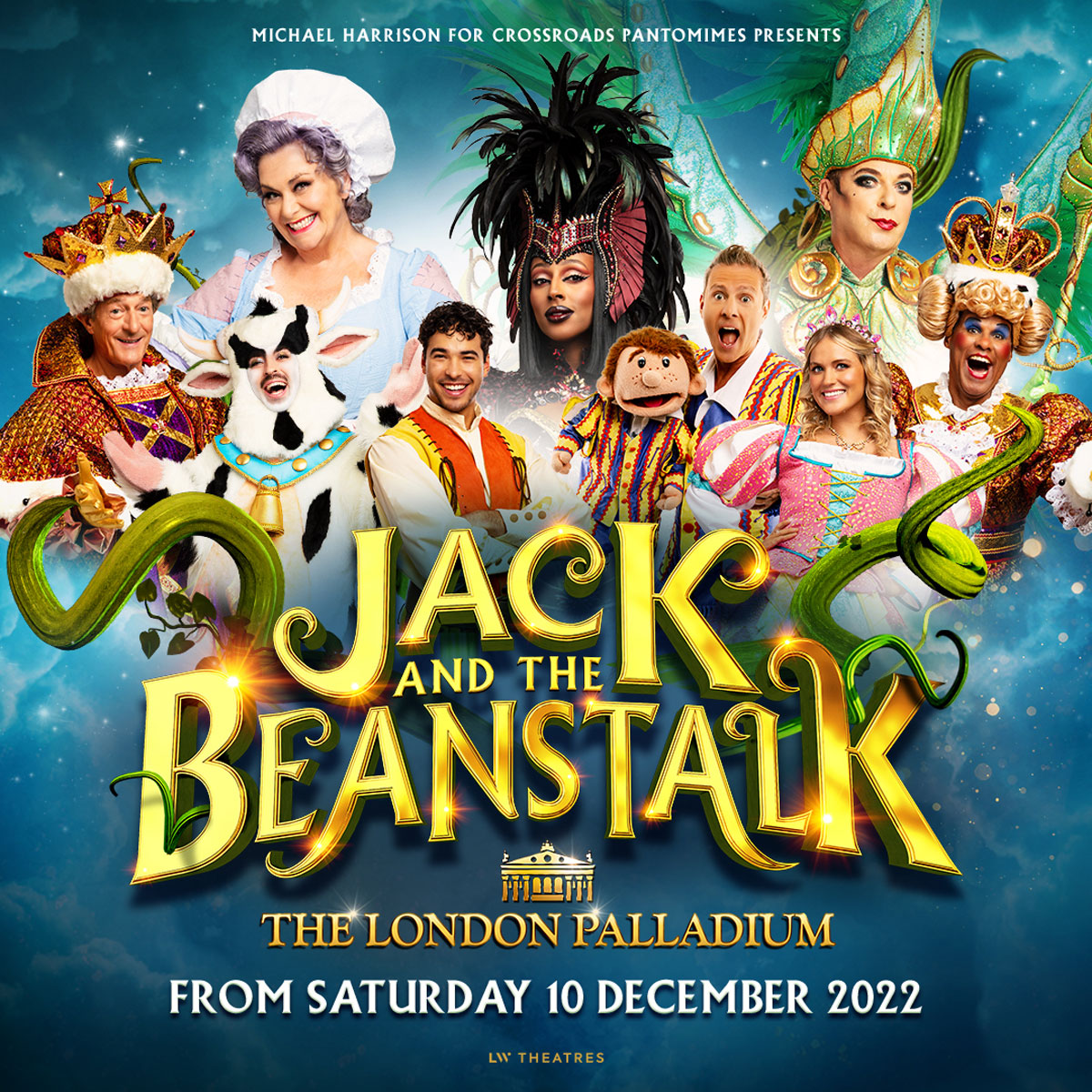 Once again directed by Michael Harrison, Jack and the Beanstalk features lavish new set designs from Mark Walters and costume designs from Hugh Durrant created especially for The London Palladium. Harrison’s production has choreography by Karen Bruce, with lighting designs by Ben Cracknell, sound designs by Gareth Owen and composition and orchestrations by Gary Hind.

Jack and the Beanstalk is produced by Michael Harrison for Crossroads Pantomimes. As a producer in the West End his credits include The Drifter’s Girl, Joseph and the Amazing Technicolor Dreamcoat, Gypsy, The Bodyguard, Annie and Mel Brooks’ Young Frankenstein. Crossroads Pantomimes is the world’s biggest pantomime producer and part of Crossroads Live, a global leader in the production of musical theatre and immersive entertainment experiences.

JACK AND THE BEANSTALK PERFORMANCE INFORMATION

The London Palladium has been the capital’s majestic home of variety for over a century, and to this day it continues to delight and surprise audiences with its rich tapestry of acts. We’ve welcomed a staggering selection of greats from Bob Hope and Louis Armstrong to the Two Ronnies, Bruce Forsyth and Cliff Richard. This proud tradition has continued since the theatre joined the LW Theatres family in 2000, hosting recent headliners as diverse as Sting, Bob Dylan, Madonna, Coldplay, Whoopi Goldberg, Billy Ocean and Dita Von Teese. An annual pantomime made a return to The London Palladium in 2016.