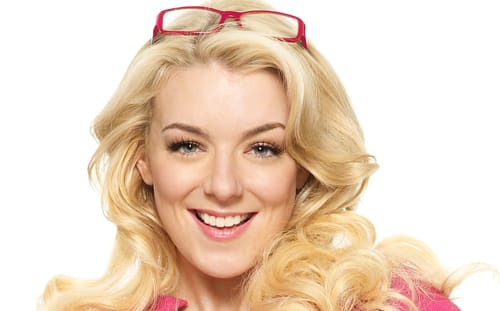 Oh My God you guys! It’s going to be, like, totally, awesome! Come on everybody, snaps for Elle Woods! Writes JBR.

The mercurial young actress Sheridan Smith, star of Gavin & Stacey, The Royle Family, and Two Pints of Lager and A Packet of Crisps, is returning to the West End in 2010 to play the most sought after role in modern musical theatre – Elle Woods in the film-to-musical adaptation of Legally Blonde. If Elaine Paige is the current First Lady of British Musical Theatre, then, with roles in Into the Woods and an Olivier nominated turn as Audrey in Little Shop of Horrors under her belt, the similarly diminutive Smith must surely be well on her way to becoming the First Princess.

Actually, most musical theatre performers would long for the kind of diverse and eclectic career that Smith has enjoyed. A seasoned old pro at the age of just 28, she has notched up credits in film, theatre, on TV, in Shakespeare, in drama, in comedy and in musical theatre. With her range and versatility she is, rightly, one of the UK’s best loved young actors. 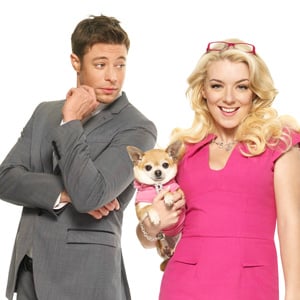 But stuck-up she is not. Within a few minutes of chatting to her, Smith has me giggling along with her stories and feeling like I’m catching up with a dearly loved old friend. Perhaps the key to her success is that she is so eminently likeable, so down to earth, and so very, very humile. Those, surely, are qualities that she will bring to the role of Elle Woods, but following Reese Witherspoon on film and Laura Bell Bundy on Broadway, Smith has some big shoes to fill.

“Well, Reese was just brilliant wasn’t she?” exclaims Smith. “I mean she was just made for that part, she did it so cute and vulnerable but so ballsy, confident and intelligent as well. She just got the part nailed I think. Obviously the show’s different with the singing and the dancing, and Laura Bell Bundy was unbelievable on Broadway so yeah, I have got big shoes to fill, I’m pretty nervous, but I just can’t wait to get my teeth into it really and see what we come up with in rehearsals and in performance.” 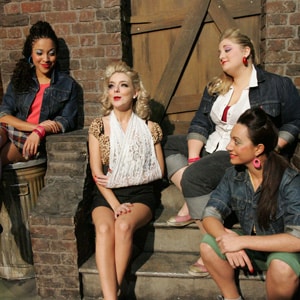 From the moment Legally Blonde – The Musical opened on Broadway, every musical theatre actress in the UK was itching to get into the audition room and ‘give it some Elle’ for Casting Director Pippa Ailion. Not since Marilyn Monroe pouted her way through Gentlemen Prefer Blondes has it ever been so much fun to be blonde.