David Richards sits down for a quick chat with Seth Rudetsky – A multi-talented and multi-faceted entertainer. 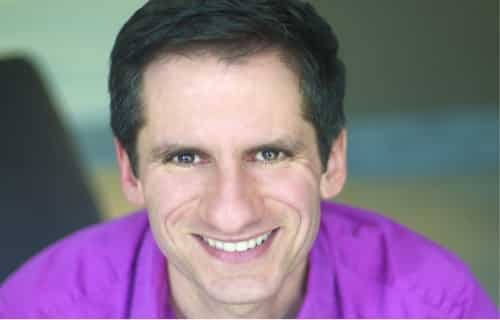 It is a rare balmy and sunny day, the first official day of Summer, when Seth Rudetsky and I sit down in Leicester Square to chat about his life, profession and current collaboration with Patti LuPone.

His work to date has been really quite unique; a mixture of actor, pianist, enthusiast and chatty man. ’My career is like a big pie. I’ve always been interested in multiple aspects. I’ve never been interested in one thing. I was a classical piano major in college, but at the same time I was conducting the musicals, I was also in the musicals, and then I was hosting the comedy night: we would do this thing called ‘Mock Students’.’

Clearly Rudetsky has always had an unquenchable thirst for knowledge and first-hand experiences of the theatrical world, particularly musical theatre, but how did this  lead to him becoming a now internationally-known personality? How did you become ‘Mr. Broadway’? I ask him, or as LuPone once put it ‘The Mayor of Broadway’.

‘The real transition was: I was a pianist on Broadway, I was doing comedy on the side. There’s a talent contest that Broadway does each year called the Easter Bonnet Competition; it’s a variety show and I would write the sketches for the shows that I was in, which was at that time Grease. Then Rosie O’Donnell saw those  and she said ‘can you write those kind of comedy numbers for my T.V. show?’ So that kind of segued me out of Broadway to T.V. and comedy writing and that opened up my world more. I got to write the opening number of the Tony awards, the one with Patti, Betty and Jennifer (LuPone, Buckley and Holliday). Then I really began to hate being behind the scenes, so I said to my agent ‘I’m not necessarily the best actor in the world but I know that I’ve got a unique take on things, I really feel like I should have my own talk-show because the most unique thing about me really is my personality’, and he said ‘why don’t you do a live show in New York, and we can always get it on T.V.?’ So that was 14 years ago…Still not on T.V. But that’s how I began this thing called The Chatter Box in 1999.’

Rudetsky’s work has allowed him the privilege of working with some of musical theatre’s most widely-celebrated stars, including Patti LuPone. Each night of LuPone and Rudetsky’s recent show at the Leicester Square Theatre, they have performed different songs, but one of the most exciting, talked about, and perhaps already iconic moments of their run was when Rudetsky convinced LuPone to sing With One Look from Sunset Boulevard. LuPone was famously fired from the production for reasons which remain vague to this day. Ever since, understandably, LuPone has had a hard time singing material from the show.

‘It’s obviously very emotional for her.’

Why then, did Rudetsky ask her to perform this potentially traumatic song?

‘It was definitely me doing it for people like me because it’s not my obsession but I just knew that it would mean so much to some people, especially in London.’

He’d received tweets and e-mails from many fans asking to hear LuPone sing something from the show, and even though she seemed unsure about doing so, Rudetsky explains, ’If I just show up with the music she’s very ‘whatever’ about it.’ He managed to revive a very special moment in theatre for London audiences, but besides this, the man has achieved an awful lot in his life so far, and although his particular profession and work are hard to define, there will definitely be people out there looking to follow in his footsteps. What advice does he have?

‘Just do it! Start a website!’ he exclaims. ’The way I would describe my career is that I make happen what I want to have happen.’

He’s met and worked with some of the absolute greats, but who would he love to meet and work with? ’Barbra Streisand’ He states without hesitation – a man after my own heart. Well I certainly hope he does have the opportunity to work with Streisand, and I hope to have front row seats!