Sarah Day talks with Amelie cast member Samuel Morgan-Grahame. Read about the show and it’s important message about connecting to others – something we all can relate to right now! 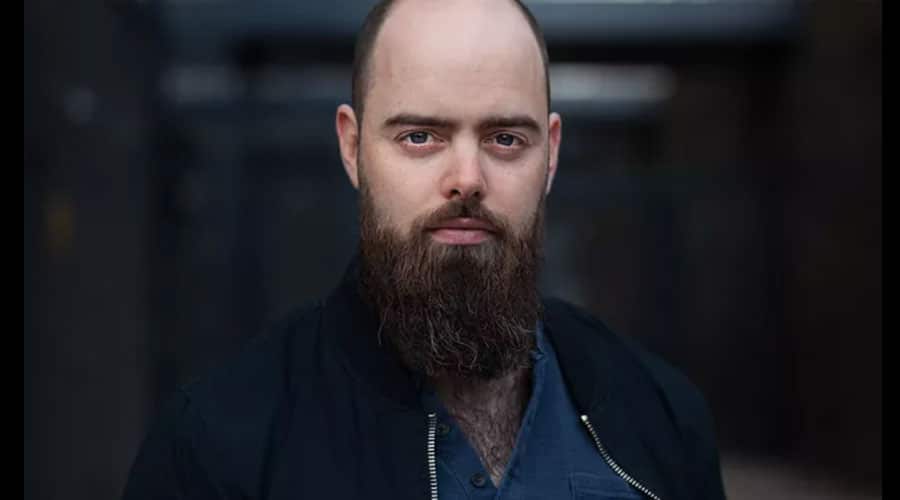 What was your first ever show that you did as a kid, and what was it that got you into the theatre world?

When I was 14 I did Les Miserables students edition with a theatre company and it was the very first time I had sung any musical theatre – at the time I was at a specialist classical music school and it was a whole world! From then on I began to neglect my classical music studies and head to the library to listen to original cast recordings instead! My grandparents took me to the theatre from a young age, and I feel very privileged  to have grown up in a theatre going family. In the 1970s in Sydney, Australia they were instrumental in the founding of the Belvior Street theatre, a company that is now internationally acclaimed. They were my introduction into the theatre world, but I never dreamed of being able to make a career out of it.

Congratulations on being part of ‘Amelie’! Tell us about the show and the role you play in it.

This show has been an incredible journey and I feel so lucky to be a part of it. I play Joseph for the most part, who is quite a recognisable character from the original film – he has an infatuation with one of the other cafe characters and constantly whispers creepily into a tape recorder about her. I also get to play Fluffy who is young Amelie’s pet goldfish, sadly taken from her at a young age and deposited into the Seine. I like to think Fluffy’s very brief moment in the story is a pivotal moment for the title character!

How has it been working on a show in the middle of a pandemic – audition and rehearsal process? Have you had any obstacles you have had to overcome?

My journey with the show began a long time before we had ever heard of COVID-19! But it’s been a really weird experience coming back to it after so long. We finished the last iteration of the show back in January ‘20, so it’s been a really incredible experience to re mount the show and be one of the first shows to reopen the west end. Initially it was a shock with all the testing, mask wearing abs for the first few weeks, social distancing that we had to adhere to (for very good reason) but it’s a massive credit to our producers, health and safety team and stage management that it’s become just part of our daily routine and we barely think about it now. Anything to get audiences back into the west end! Our show has a really poignant message about connection for people coming out of more than a year of isolation, so we all just feel so lucky to get to share it with an audience every night. 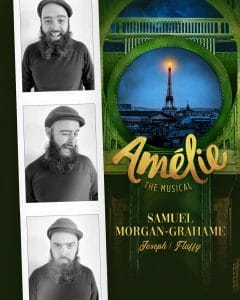 What is your process when you get into character for a show?

For me the physicality is very important, so finding the way the character holds themselves/walks is instrumental in building something that rings true. This is true in rehearsals but it also helps immediately before each show. I have a shorthand with myself before each scene/character I play that gives me an “in” to each moment. I’m unbelievably lucky to be working with such a fantastic cast, and the honesty and skill that they bring to each of their characters helps every night as well.

Why is theatre important to you?

I think humans are innately story tellers and live theatre is the epitome of how we tell stories to each other as a culture. I think there’s something magical about shared experience, and the moment when a full audience breathe as one or share a laugh is something you can never recreate outside the theatre. Theatre is my church and I really mean that – some of the most transformative experiences of my life have happened in theatres, either being told a story, or telling one of my own.

Lockdown and restrictions are almost over – how did you keep creative through it?

I was very lucky to have got a job in the industry throughout the pandemic, in that I spent almost a year working for my local arts centre, The Albany in Deptford, on its young people’s programme. We provided online drama classes, socially distanced music courses and workshops (both in person and online) and it was an incredible experience for me – to see the important work that theatres like that can do in communities all over the country. I also played a lot of music at home, mainly to keep my newborn entertained! Having a baby in the worst part of the pandemic was an experience that required endless creativity!

Tell us about one of your best/funniest memories

Amelie at the Bristol Old Vic in 2019 – I have always wanted to play the BOV and it was the perfect show for that theatre – we had an incredible response from that audience and it felt like I had ticked something off my bucket list.

Funniest – once in a Shakespeare play during a stirring monologue that closed the first half, I shouted my final line and ran off stage, only to trip and hit it face first, centre stage. I was laid out like a sack of potatoes. I scrambled around found my feet and hastily exited, but somehow my call to arms didn’t quite land that night 😂

Right now – Tired! The musical. I have a 10 month old baby and I’m in a west end show where we pretty much never leave the stage!

It has been a really tough year for new actors graduating into the industry. What advice would you give to all the new graduates?

Keep going – make friends that support you and make your own work if you can. Remember if you define yourself as an artist, you are one – even if right now your main income is coming from something else.

Finally (without giving too much away!) why should our British Theatre community come and see ‘Amelie’?

It’s a beautiful show full of music, magic and hope. It’s about being brave enough to come out of your loneliness and look for connection with other people, with your community. It’s about what one person can do to change the world. If there’s anything the last 18 months has shown us, we need more stories like that. Come and let us tell you this one!

Amelie the musical continues to play at the Criterion Theatre, London. Book Now!