After scoring a huge hit at the Edinburgh Fringe Festival last year with his play CANOE, (which then transferred to The Kings Head Theatre in London),  Paul T. Davies talks to theatre maker Matthew Roberts about his new Fringe show TEACH, the power of drama and the lessons that change lives. 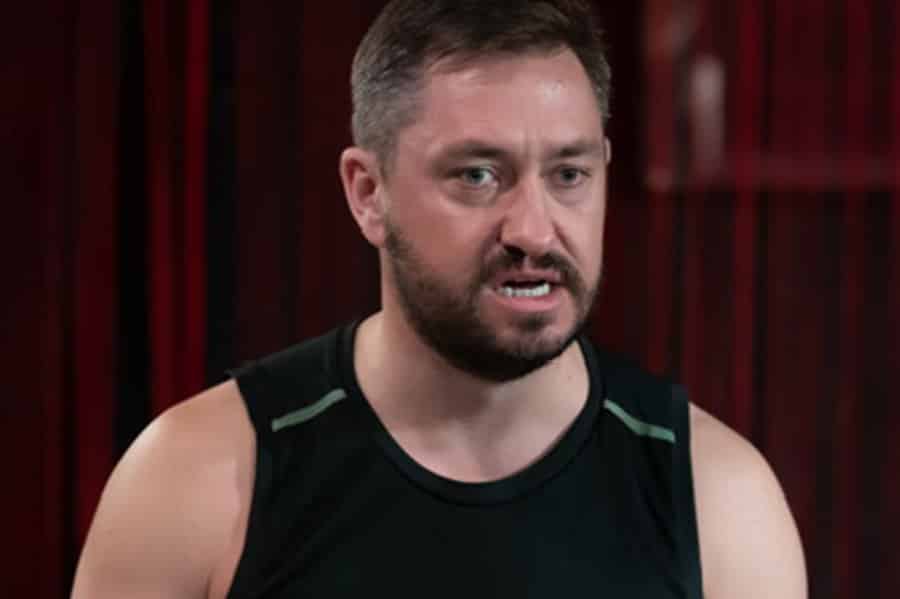 PTD: Let’s start off with TEACH, especially the inspirations behind it. Your tag line for the show is, “The LESSON that changed his life, a SCHOOL in Struggle and Strife, a GOVERNMENT that Cuts with a Knife.” Without giving too much away, because I’m aiming to review the show, what are the influences and reasons for you writing the play?

MR: I’ve been teaching for over 16 years, and the company is called Bread and Butter because teaching provides my bread and butter that allows me to create theatre- and to decamp to Edinburgh for the whole of August! But it’s in the last three years that things have begun to change for me personally. I’ve moved, not by choice but due to cutbacks, from being a Drama teacher to being an English teacher. Like many teachers, I’m questioning my place in the system, but still loving the craft and communication of teaching and the enthusiasm of my pupils. A sparking point was reading the book, How To Survive in Teaching Without Imploding, Exploding and Walking Away by Dr Emma Kell. It spoke to me, blew my mind, and, as I said to my director, Helen Tennison, there was a three-part structure to the monologue I’m creating- Implode, Explode, Walk Away! It’s also specifically a UK Government and a school in England, but by being specific you find a lot of universalities.

PTD: You’ve already had some tremendous responses from teaching academics to the writing you have done, tell us more about that.

MR: Well,  I have been asked to present at an education conference on 14th SEPT – by  Dr Emma Kell, and the epilogue of  TEACH will be featured a new book,   What They Didn’t Tell You On Your PGCE by Dr Sarah Mullen. So I’m excited that there is a lot of interest in the play from the profession, but I will also stress that you don’t need to be a teacher to appreciate the play- we’ve all had lessons and teachers that changed our lives!

PTD: You had a big hit last year with Canoe, a solo show in which you played three characters, which was about gay parenting and the loss of a child. This feels like a different play, was that deliberate in that you wanted to create something very different from last time?

MR: Canoe was such a rewarding experience, and it went beyond being a gay parenting story to being about parenting and loss, and there were many, many audience members that connected with the play who had experienced grief. It was a story I felt compelled to tell, and TEACH is the same. My writing comes from a need, an urgency, to tell that particular story. My whole approach is to entertain, make them laugh, make them cry, make them think. And when you collaborate with really good people like Helen Tennison who are on the same wavelength, you have to give yourself to the experience. 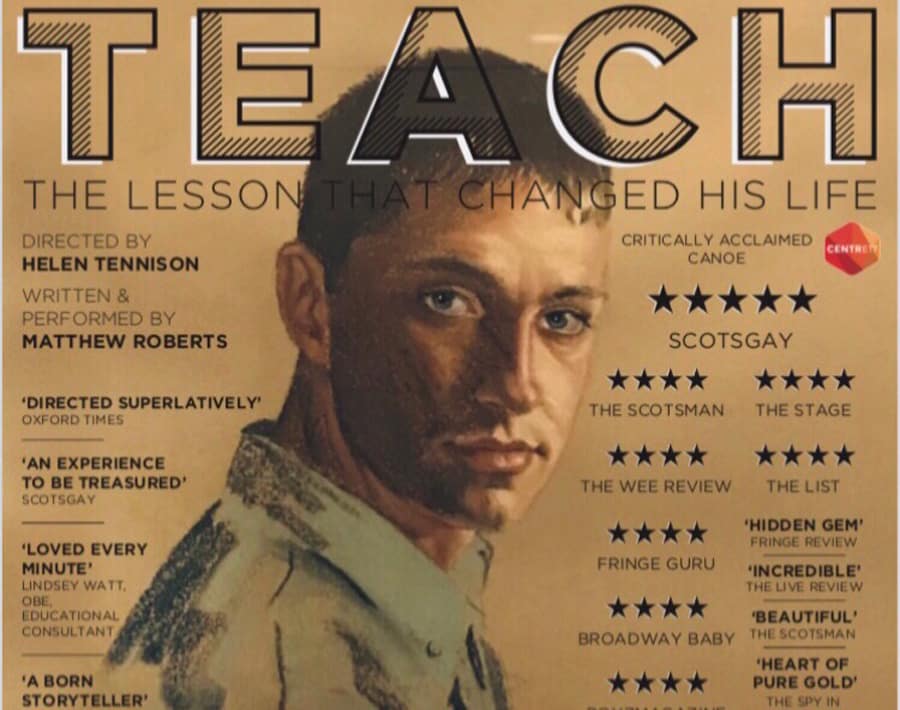 PTD: Am I right in thinking that TEACH is not specifically an LGBTQ play?

MR: I am a writer who is gay. I am open about that. TEACH’s appeal is its humanity.
Gay. Straight. Try. Bi. Trans. Lesbian. The play transcends sexuality in the way it is about following the beat of your heart – to live the life you have imagined. Sexuality is a part of our humanity.
In the same way that Canoe is about family. It certainly does have LGBTQ themes but it will not be compartmentalised on a queer hanger in the closet.

PTD: You have also taught English as a Foreign Language?

MR: Yes, TEFL in China. In an economic development zone in Qingdao – where the water sports for the Olympics were held when Beijing hosted. My idealism was if I could do it there – I could do it anywhere! The poverty I saw was horrific. But it was a dream come true to travel to the Shaolin temple, see the Terracotta Warriors and to  Shanghai – Qufu (Confucius grave).

PTD: For people like me, arriving to your work late, apologies for that,  tell us about some of your past plays and those that you feel have been important in shaping you as a writer and performer.

I suppose the first one that was a huge personal development for me was Sunny Runny  Runcorn in 2015. I was brought up in Runcorn, and there was this vile website that said it was one of the worst places to live- it really demonised its citizens, so I humanised them! I’m also immensely proud of Fuck 18,  which I created when the law was about to be changed and made the age of consent equal between gay and straight people. The MP Ann Keen, who got that equal age of consent, came to see the play and that meant so much to me. And I love Turkey Tinsel, which I’m planning to revive later this year, so look out for it!

MR: I am indeed, in Bitch Antigone, produced by Out Cast Theatre, who last year produced The Importance of Being Earnest as Performed by Three Fucking Queers and A Duck, so you can imagine how irreverent and wild it’s going to be!

MR: 1.Eat well and sleep well.
2. Have very clear personal and professional objectives for your time there.
3. Take the time to see shows and be inspired by others work!

The play runs at the Edinburgh Fringe Festival, BOOK HERE

Bitch Antigone can be BOOKED HERE