Joe Beighton, Music Supervisor of Six the musical talks to Jessica Millson about the challenges associated with reopening the show.

After all this time, theatregoers are hungry for a good night out. The arts have suffered greatly during the last year and so have their audiences. After a few false starts and, just as life seems to be shifting gear towards normality again, Six The Musical is set to reopen on the 21st May 2021 at the Lyric Theatre with a tour beginning on the 18th May to satisfy our musical cravings.As Musical Supervisor, Joe Beighton has worked closely with the cast and creatives of Six as Music Supervisor since its humble beginnings as a student Fringe piece, watching it grow to a West End hit and start on Broadway. “It’s been so strange because we had such a good couple of years leading up to everything stopping,” says Joe, who was “ready to hand over the show” to associates when everything shut down last March. He is excited to be back, and so is the cast. “They went through a really rough time because we were going to do a drive-in and then that got cancelled and then the show was going to open and then that got cancelled and then we did open and that only stayed open for two weeks so I think everyone’s nervous about getting their hopes up”.

“I think the thing for Six that makes it one of the more feasible shows to be able to come back is the size of the company, it’s small. It will be easier for the smaller shows. I hope that it won’t be that forever.” Joe expressed his concern for the arts during the pandemic, “I think the arts do need support from the government but I have faith that it will bounce back.”

He believes it is safe for us to come and watch Six. “Nica Burns [owner of Nimax theatres] is so intensely committed to keeping her audiences safe”, he says. The cast and crew of the show are being tested at least twice a week and the band members have “bejazzled” masks as additions to their costumes. “We’ve got people working on the show now whose job is entirely about covid security… In terms of the show, it’s not really changed very much. Throughout the rehearsal process, we’ve looked at certain moments where they’re singing or speaking at each other’s faces and we’ve been able to take that out in a way that other shows perhaps aren’t able to do”.

Any doubts as to whether having a smaller audience (in line with government regulations) will affect the atmosphere of the show have been put aside. Six trusts that their performances will be as ‘live’ as ever. Joe remarks “Everybody was worried about that in December and also all the audience will be wearing masks and people were thinking ‘God, is this going to affect the show?’ because it’s such a dynamic thing that relationship between the cast and the audience and it is such a pop concert vibe that loads of people make it really special but, interestingly, when we did open in December, it was almost more exciting than it’s ever been before and I think that’s because, whilst we’ve been waiting all this time to come back, the audiences have been as well and they’re more excited than ever to see the show, so I think that energy they’re bringing means it doesn’t matter at all that there’s only half the capacity”.

So why should we all come and watch Six when it reopens in May “For a multitude of reasons: it’s great fun, it’s the escapism that we’ve all needed for a very long time; and to support the arts, all these people have been out of work for so long, if anyone can come along and support the show I think that’s, in many ways, a good enough reason to do it and hopefully, in return, we’ll give you a really good time”.

BOOK TICKETS FOR SIX AT THE LYRIC THEATRE 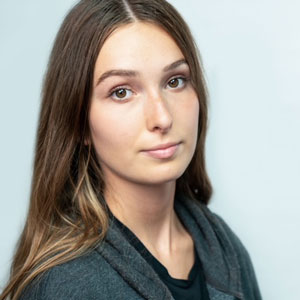 Jessica Millson is a student at the University of Bristol studying English Literature. She is an actor and writer. Her work includes Doll’s House (2017) and The Lockdown Hauntings (2021).