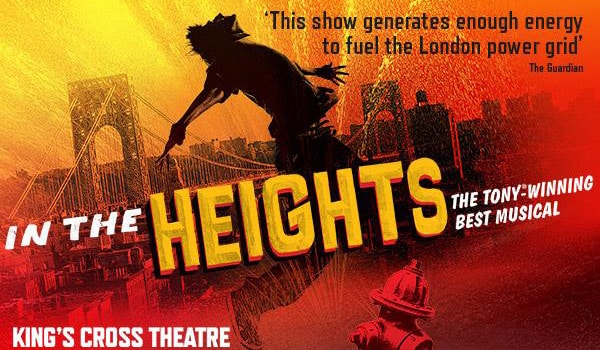 BritishTheatre.com is pleased to be bringing you these first look images of the Into The Heights rehearsal room. Previews for Into The Heights begin this Saturday 3rd October at the King’s Cross Theatre.

Into The Heights is being presented by popular demand following its sell-out UK Premiere at Southwark Playhouse in 2014.

In The Heights is an uplifting and exhilarating journey into Washington Heights, one of Manhattan’s most vibrant communities – a place where the coffee is light and sweet, the windows are always open and the breeze carries the rhythm of three generations of music. It’s a community on the brink of change, full of hopes, dreams and pressures, where the biggest struggle can be deciding which traditions to take with you, and which ones to leave behind. With a gripping story and unforgettable Latin and hip-hop infused score, In The Heights is a ground-breaking contemporary musical about what it takes to make a living, what it costs to have a dream, and what it means to be home.

In The Heights opened at Broadway’s Richard Rodgers Theatre in 2008 where it was nominated for thirteen Tony Awards, winning four for Best Musical, Best Original Score, Best Choreography and Best Orchestrations. It also won the 2009 Grammy Award for its Original Broadway Cast Album and was nominated for the 2009 Pulitzer Prize in Drama.

Composer Lin-Manuel Miranda is now back on Broadway in his newest musical Hamilton, which had it’s world premiere at The Public Theatre in January 2015 before transferring to the Richard Rodgers Theatre in July 2015.