Jonathan Larson’s Rent is to be revived at Manchester’s Hope Mill Theatre this summer directed by Luke Sheppard. 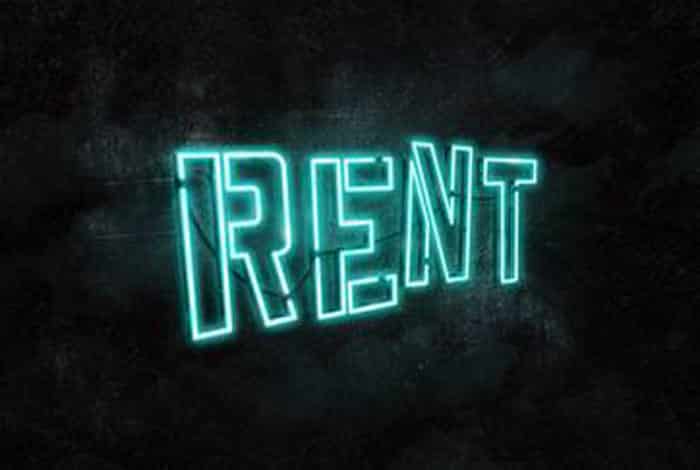 Hope Mill Theatre in Manchester is to stage a revival of Jonathan Larson’s classic rock musical Rent this summer, directed by Luke Sheppard, it is announced today.

Rent will have a strictly limited run at the award-winning venue from Friday 31st July to Sunday 30th August 2020, and will be the second in-house production of the year, following Rogers + Hammerstein’s Cinderella in May/June.

Produced by A Factory of Creativity CIO for Hope Mill Theatre, the show will be directed by Luke Sheppard who returns to Hope Mill Theatre for the first time since he directed the critically-acclaimed revival of Spring Awakening in 2018 (What’s On Stage Awards Best Regional Production).  Sheppard most recently directed &Juliet, which enjoyed a pre-West End run at the Opera House in Manchester and is now playing at the Shaftesbury Theatre in London.

The full creative team will be announced soon.

Director Luke Sheppard said: “The Hope Mill Theatre has emerged as a groundbreaking environment to experience theatre that is loud, proud and pushing at boundaries. After redefining musical theatre for a generation, Rent is the perfect match for this unique space and I can’t wait to get started on this new production, placing the audience up close and in the heart of this incredible story and score.”

William Whelton, Executive Director of Hope Mill Theatre, said: “For many years we have longed to produce Rent at Hope Mill Theatre. Not only was it a genre-defining musical of its time but the themes and music continue to stay relevant and resonate with so many people. Being able to mount a whole new revival and having Luke Sheppard at the helm is truly exciting and I know along with the creative team we are assembling, that this is going to be a Rent not to be missed. As part of our commitment to finding new Northern talent, once again we will be holding open auditions in Manchester, led by Pearson Casting.”

Rent is a rock musical with music, lyrics, and book by Jonathan Larson and is loosely based on Puccini’s opera La Bohème. It tells the story of a group of impoverished young artists living, loving and working in Manhattan’s East Village, under the shadow of HIV/AIDS.

The show premiered off-Broadway in 1996 before moving to Broadway later the same year. The show has been staged all over the world, including in the West End in 1998 and in 2005 a movie version was released. It features hit songs such as Rent, Without You, La Vie La Bohème and the iconic Seasons of Love.

The show will be cast by James and Rosie Pearson for Pearson Casting and casting is now live on Spotlight for submissions.  Hope Mill Theatre will once again be holding open Manchester auditions as part of their commitment to find Northern talent. These will be held on Tuesday 18th February – email Auditions@hopemilltheatre.co.uk for further information.