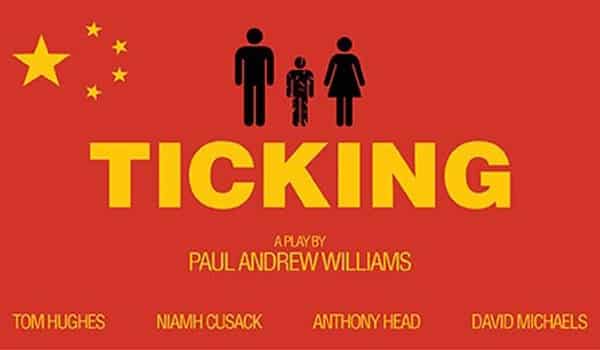 BAFTA nominated writer and director Paul Andrew Williams makes his theatrical debut with his play Ticking which will open at the Trafalgar Studios for a five week run on October 6th, 2015.

The play follows Simon (Tom Hughes), a young British man who is awaiting execution in a Chinese prison cell after being convicted of the murder of a local prostitute. It’s his final visiting hour and his parents (Anthony Head and Niamh Cusack) are due to arrive. He’s a bag of nervous energy and his lawyer (David Michaels) still hasn’t got any news on his appeal. Even the British Prime Minister is calling for a pardon.

As Simon and his parents wait breathlessly to see if his appeal will be successful, Simon must decide whether to confront the past with his father and expose a deeply hidden secret, or leave it buried and say his goodbyes.

The cast of Ticking will include Tom Hughes, Niamh Cusack, Anthony Head and David Michaels.