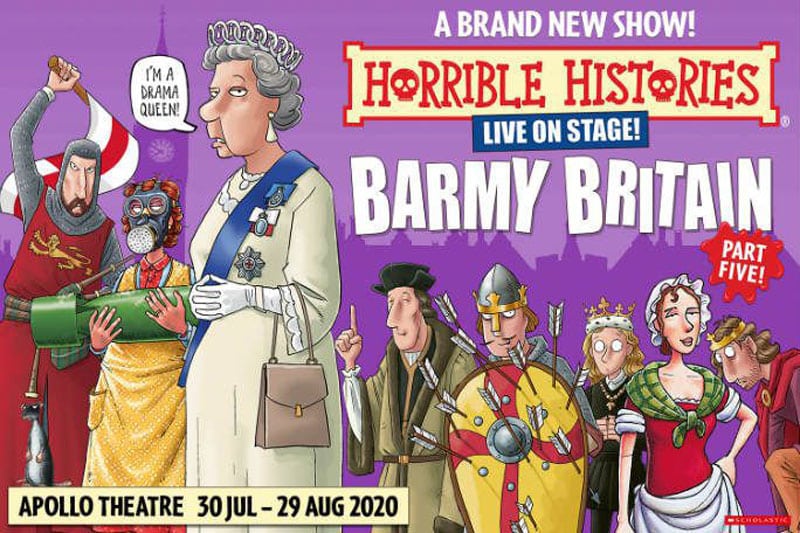 Birmingham Stage Company has announced the world première of Horrible Histories: Barmy Britain – Part Five! in Summer 2020, marking Horrible Histories’ ninth year in the West End. It opens at Apollo Theatre on 3 August, with previews from 30 July and runs until 29 August 2020.

We all want to meet people from history. The trouble is everyone is dead!

So Barmy Britain is back with a brand new show full of crazy new characters and rude new rulers from Britain’s barmy past!

Will you conquered by King William? Will you sink or swim with King Henry I? Will Thomas Becket get the chop? Go house hunting with King Henry VIII! Are you scared to scale the Tudor scaffold? Join the gorgeous Georgians as they take over England! Break into Buckingham Palace and hide from the Queen! Watch out for the witch of World War Two!

Britain’s favourite history show is back in the West End with a brand new production! It’s history with the nasty bits left in!