Hope Mill Theatre Manchester has announced the cast for their upcoming production of Jonathan Larson’s Rent. 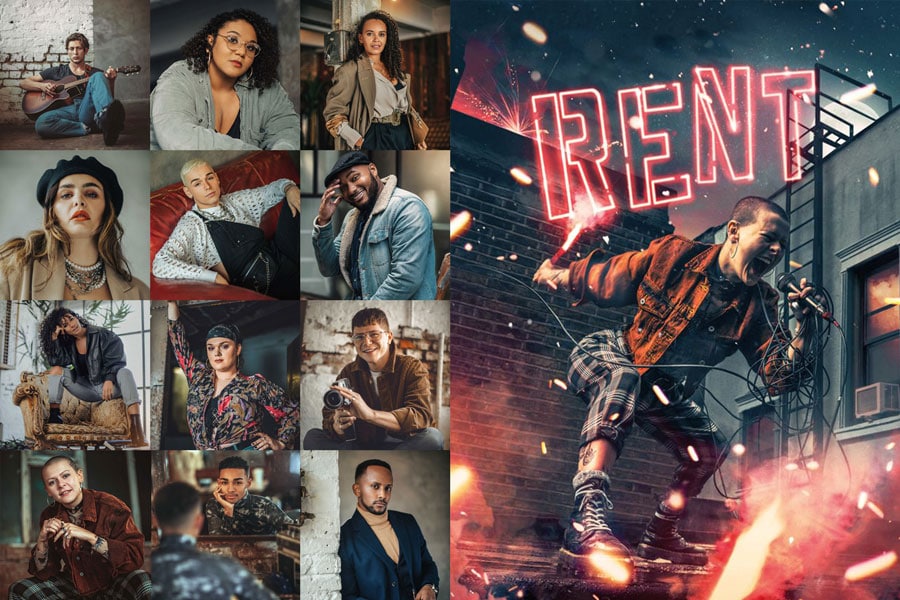 Full cast and creative team announced for the upcoming production of Rent the musical at Hope Mill Theatre, Manchester.

The 12 company members, who were originally cast back in February are finally getting the opportunity to come together for this special revival of the much-loved musical.  The cast will receive a Covid-19 test prior to being placed in one household (bubble) for the length of the run in Manchester.

Director Luke Sheppard said: “This production of RENT is about placing this groundbreaking show in the hands of a new generation of exceptional musical theatre performers, and as we have shifted the lens on the production over the last months, the promise of this cast telling this story in these extraordinary times has felt increasingly vital. Most of them have been waiting in the wings since we cast the production at the start of the year and I’m enormously grateful for their patience and commitment. The Hope Mill Theatre continues to work tirelessly to make this production happen in a safe and secure way and it’s a privilege to be working with this visionary venue to bring this special production to the stage.”