The Falcon’s Malteser – a hilarious family show about the world’s worst detective, adapted from Anthony Horowitz’s novel comes to The Vaults this Summer. 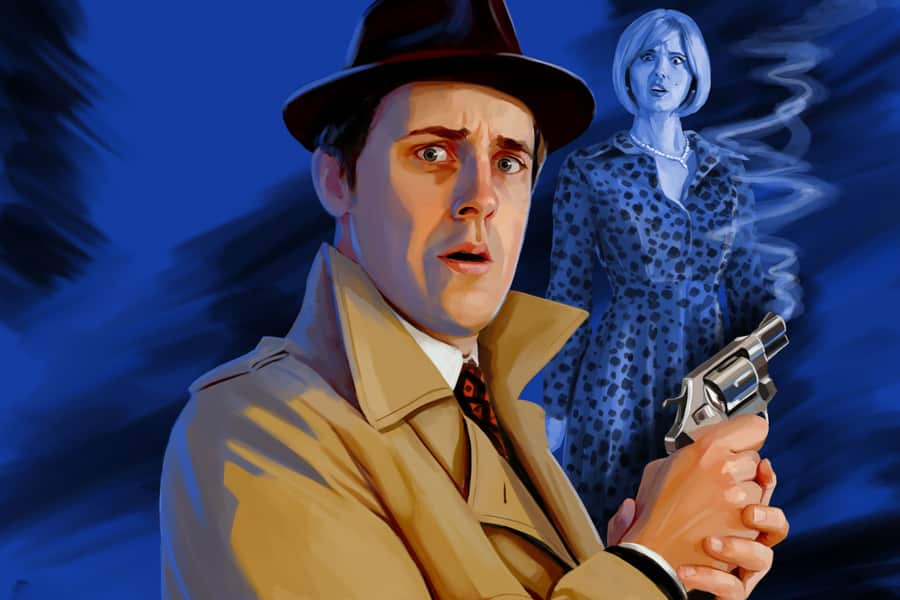 The much-loved young adult novel by Anthony Horowitz OBE has been adapted for stage in New Old Friends signature style; expect slapstick, comedy songs, a cast for four playing dozens of characters and a fully-realised car chase on stage. The production runs over the summer holidays in The Vaults under Waterloo: the central London premiere for a show named by The Guardian as one of Edinburgh Fringe 2015’s Best Family Shows.

The show introduces the Diamond Brothers Detective Agency. Tim is the world’s worst private investigator, so can the help of his clever younger brother Nick be enough to crack their toughest case yet? A solitary box of Maltesers is delivered by a miniature Mexican, but what’s so special about these chocolates that half of London’s criminal underworld are willing to kill for them?

The show’s creators Feargus Woods Dunlop and Heather Westwell commented, “We are so incredibly excited to be present The Falcon’s Malteser by Anthony Horowitz once again. We love this show, it was a real turning point for us as a company, and audiences really responded to what we did with Anthony’s already very funny book. We are also thrilled to be working with producer James Seabright to bring this much-loved show to London audiences.”

New Old Friends are an award-winning theatre company dedicated to creating original comedy theatre, founded in 2008 and run by husband and wife team Feargus Woods Dunlop and Heather Westwell. Previous shows include Crimes Against Christmas, Crimes on the Christmas Express, Crimes under the Sun and Crimes on the Nile. In 2014 and 2015, New Old Friends premiered this adaptation of The Falcon’s Malteser on two UK tours and at the Edinburgh Festival Fringe, enjoying sell-out shows at the Pleasance and great critical acclaim.

The Falcon’s Malteser is adapted by Feargus Woods Dunlop, directed by Lee Lyford with Heather Westwell and designed by Carl Davies.

BOOK TICKETS FOR THE FALCON’S MALTESER