Full casting has been announced today for The Secret Garden in concert at the London Palladium on 4 April 2020. 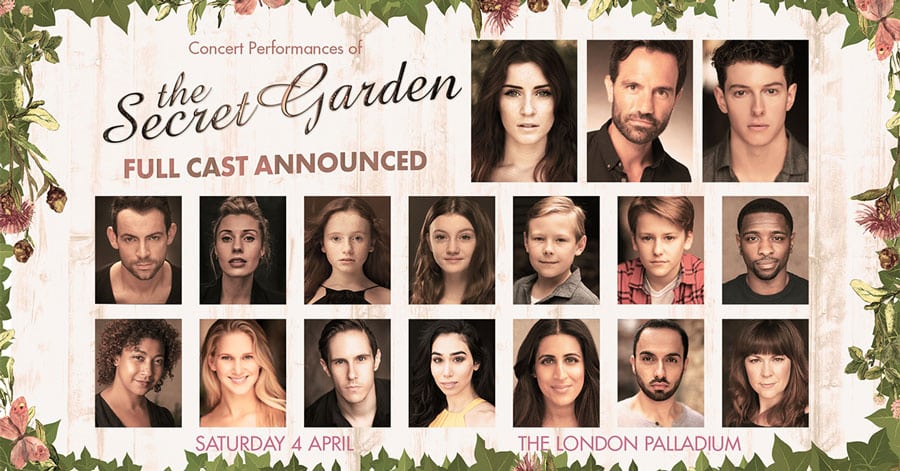 Lambert Jackson Productions has announced the full casting for The Secret Garden in concert at the London Palladium. Tickets are now on sale.

Based on the much-loved literary classic by Frances Hodgson Burnett, this heart-warming story is re-imagined in brilliant musical style by composer Lucy Simon (Doctor Zhivago) and the Pulitzer Prize-winning playwright Marsha Norman.

Young, orphaned Mary Lennox arrives at her uncle’s secluded country home to find a reclusive, long-suffering collection of souls — and the mysterious tale of a secret garden. Together with new-found friends, Mary breathes life into the secret garden. She blossoms too, and through her adventures, tends to all the hearts around her.

The Secret Garden is directed by Nick Winston with musical direction by Adam Hoskins.

The Secret Garden will be presented at the London Palladium on 4 April 2020 at 3pm and 7.30pm

BOOK TICKETS FOR THE SECRET GARDEN