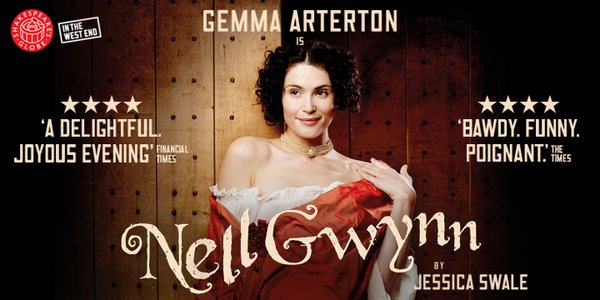 Award-winning Gemma Arterton (The Duchess of Malfi, Made in Dagenham, Quantum of Solace) stars as cheeky, charming and clever Nell Gwynn, one of the first, and most acclaimed, women to appear on the London stage.

Following its critical acclaim and a sell-out run at Shakespeare’s Globe, Nell Gwynn will be on at the Apollo Theatre for a strictly limited season from 4 February 2016.

Jessica Swale’s entertaining new play Nell Gwynn charts the rise of an unlikely heroine, from her roots in Coal Yard Alley to her success as Britain’s most celebrated actress, and her hard-won place in the heart of the King.

BOOK NOW FOR NELL GWYNN AT THE APOLLO THEATRE