Full casting has been announced for Hadestown the musical at the National Theatre. 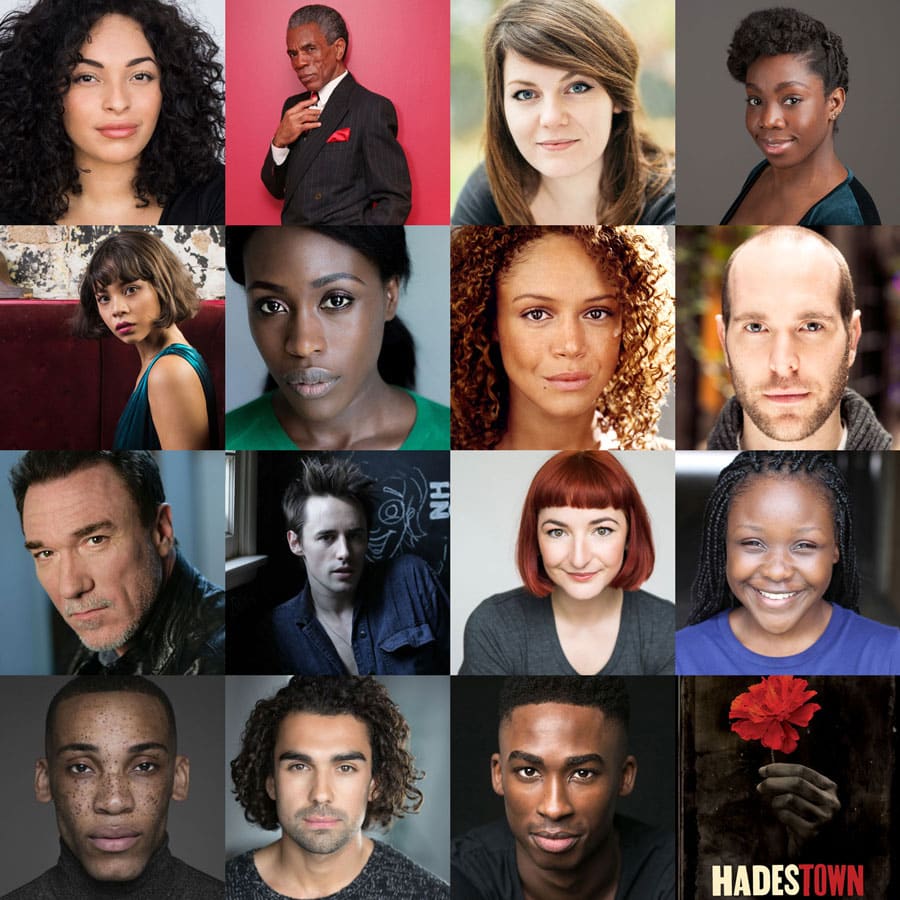 The National Theatre have announced that Amber Gray and Patrick Page will reprise their original New York Theatre Workshop roles of Persephone and Hades in Hadestown. They will be joined by Reeve Carney as Orpheus, a role he performed alongside Gray and Page at the Citadel Theatre (Edmonton, Canada). New cast members André De Shields and Eva Noblezada will take the roles of Hermes and Eurydice, with Rosie Fletcher, Carly Mercedes Dyer and Gloria Onitiri as the Fates. Completing the cast are Sharif Afifi, Beth Hinton-Lever, Seyi Omooba, Aiesha Pease, Joseph Prouse, Jordan Shaw and Shaq Taylor.

Rachel Chavkin, director of Hadestown, said: ‘This company is an extraordinary mix of artists – each is wholly unique, and brings a depth of soul and craft to the project. We’re thrilled to have back Amber Gray and Patrick Page, who have been with the show since the beginning, and Reeve Carney who did extraordinary work on the Canadian premiere. André De Shields is a legend and brings heartbreaking, invaluable experience to the storytelling, and Eva Noblezada captures a combination of toughness and vulnerability… I cannot wait to be in the room with these actors and the whole ensemble.’

In the warmth of summertime, songwriter Orpheus and his muse Eurydice are living it up and falling in love. But as winter approaches, reality sets in: these young dreamers can’t survive on songs alone. Tempted by the promise of plenty, Eurydice is lured to the depths of industrial Hadestown. On a quest to save her, Orpheus journeys to the underworld where their trust in each other is put to a final test.