Disney Theatrical have announced that Frozen on Broadway played its final performance at the St James Theatre on 11 March 2020. 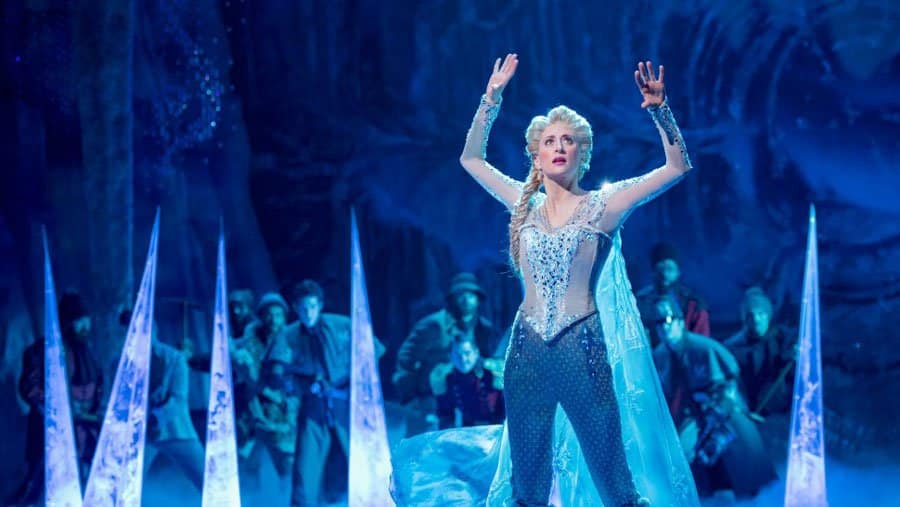 Frozen On Broadway closed on 11 March – the evening of the New York State-mandated shutdown). It ran for 26 Previews and 825 regular performances.

The nation tour of the show is to return whenever that proves possible, with stagings in London’s West End, Australia, Japan and Germany all pushed back to next year. Scenic, production and costume elements from the Broadway show are to be re-purposed for the new productions to avoid waste.

“The extraordinary contribution of Broadway’s original company plus those who have joined more recently cannot be overstated,” said Disney Theatrical Productions President Thomas Schumacher in a statement. “Frozen, like all shows, is wholly dependent on those who create and perform them but this was an uncommonly close and talented group and they’ll be missed. Finally, I have to acknowledge our incredible audiences; night after night, the fans showed us how much they loved this show and we look forward to seeing them at Frozen around the world.”

Frozen the musical was due to open at Theatre Royal Drury Lane, London this year but dates are now being rescheduled.