Mark Ludmon examines how much the TV shows and films that we enjoy owe to theatre.

There are many reasons why British theatre needs to be saved. It’s not just because of its contribution to the economy and the jobs it provides. It’s not just because of its importance to communities across the country. Theatre is part of a broader landscape of arts and entertainment, providing stories and talent for the TV series and films that we all enjoy, in a continual exchange that enriches both stage and screen. Here we look at a few examples.

Phoebe Waller-Bridge wrote and starred in the savagely funny Fleabag which ran for two series for the BBC and triggered a national obsession with “hot priests”. It started as a solo show at Edinburgh Festival Fringe and London’s Soho Theatre in 2013.

Michaela Coel’s solo play, Chewing Gum Dreams, debuted at the Yard Theatre in Hackney Wick in 2012, going on to play London’s Bush Theatre and the National Theatre and Manchester’s Royal Exchange. She adapted it into Channel 4 hit comedy Chewing Gum which ran for two series.

One of the original League of Gentlemen, Jeremy Dyson, created a phenomenal stage hit, Ghost Stories, with Andy Nyman. This portmanteau horror play premiered in 2010 at Liverpool’s Playhouse and the Lyric Hammersmith before transferring to the West End. It was adapted into the terrifying film, also called Ghost Stories, in 2017.

Mike Leigh’s play, Abigail’s Party, remains a perennial favourite, with more stage productions planned for 2020 before the coronavirus hit. However, this social comedy about Bev’s disastrous drinks party, which premiered at London’s Hampstead Theatre in 1977, gained legendary status because its original production, with Alison Steadman, was quickly captured in a shortened version for BBC’s Play for Today – watched by a phenomenal 16 million viewers.

Many of Alan Bennett’s plays have spawned successful film adaptations from Lady in the Van starring Maggie Smith to The History Boys. The Madness of George III, originally staged at the National Theatre in 1991, was adapted into 1994 film The Madness of King George, again starring Nigel Hawthorne.

Willy Russell created two iconic characters in his plays, Educating Rita and Shirley Valentine. Both of these dramas gained new fame and fans through film adaptations in the 1980s, one with Julie Walters and Michael Caine, the other with Pauline Collins. 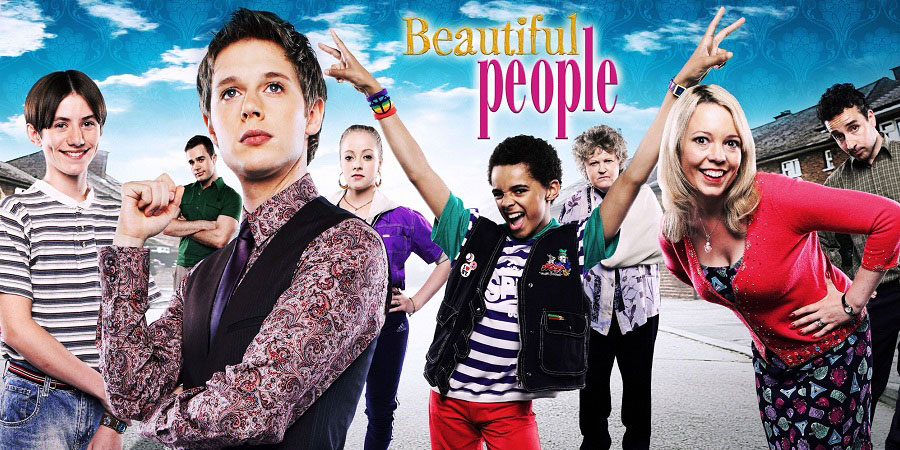 Jonathan Harvey’s break-out hit as a writer was Beautiful Thing, a 1993 play about two teenage boys discovering love. It went on to become a successful film in 1996. Harvey continues to write for the theatre but is now just as accomplished with screenwriting, from comedy Gimme Gimme Gimme and Beautiful People to episodes of Coronation Street for the past 16 years.

The writers of many of today’s most popular and acclaimed TV series started out in theatre. Jack Thorne’s early plays include When You Cure Me at the Bush Theatre in 2005 before he started working on TV series Skins and more recently Glue, The Virtues and His Dark Materials.

James Bond’s 2015 outing, Spectre, and Sky’s Celtic history drama Britannia were both written by Jez Butterworth whose many stage hits include Jerusalem in 2009 and The Ferryman in 2017.

Oscar-winning movie 1917 was directed by Sam Mendes whose previous films include Spectre and another Bond film, Skyfall, in 2012 and Revolutionary Road in 2008. However, he started out as a theatre director in the late 1980s and was artistic director of London’s Donmar Warehouse from 1990 to 2002.

Tom Hiddleston is now best known as Marvel anti-hero Loki, who he first played in 2011 film Thor, and he has an extensive film and TV career. However, like many of today’s biggest stars, he started out in theatre, winning an Olivier Award in 2008 for best newcomer for his performance in a production of Cymbeline at the Barbican, beating himself in the same category with a nomination for Cassio in Othello at the Donmar Warehouse.

The star of that Donmar production of Othello was Chiwetel Ejiofor who was rewarded with the Olivier Award for best actor. His film career was already in its ascendancy after Dirty Pretty Things in 2002 and Kinky Boots in 2005, and he was later nominated for an Oscar for 2013 movie 12 Years a Slave. But he began in theatre in the mid-90s, winning acclaim for roles at the National Theatre including Blue/Orange and Romeo in Romeo and Juliet in 2000 as well as a lead role in The Vortex at the Donmar in 2002.

Beneditch Cumberbatch has also gained fame in the Marvel universe by playing Doctor Strange since 2016 but he was already an acclaimed screen actor from films such as The Imitation Game, Star Trek Into Darkness and Atonement as well as TV including Sherlock. However, he has been an established stage actor since a string of shows at Regent’s Park Open Air Theatre in 2001 and 2002. Other roles included an Olivier-nominated performance in Hedda Gabler at London’s Almeida Theatre in 2005 and the Olivier-winning production of Terence Rattigan’s After the Dance at the National Theatre in 2010.

Sherlock’s arch-nemesis Moriarty was brilliantly brought to life on TV by Irish actor Andrew Scott, who gained further notoriety as the “hot priest” in Fleabag. But he was an acclaimed stage star for many years before, initially in Dublin and then in London, winning an Olivier award for the 2004 Royal Court production, A Girl in a Car with a Man.

Dame Judi Dench has attained National Treasure status after numerous screen roles such as M in several of the James Bond films since 1995. While she stood out in a number of films since the 1960s, and starred in two TV comedies, she has been a leading actor on stage since being part of the Old Vic Company in 1957, with a particular association with Shakespeare and other classics.

Helen Mirren has collected plenty of awards for her film work, including the Oscar for the title role in 2006 movie The Queen, but she has been a highly regarded stage actor since the 1960s including many productions with the RSC as well as shows in London’s West End and on Broadway.

One of the most iconic acting roles in TV is Doctor Who, thrusting many actors’ fame into the stratosphere. Before becoming the Doctor in 2010, Matt Smith had delivered many fine performances including Henry in That Face at the Royal Court in 2007 and in the West End the following year and Lockwood in the UK tour of The History Boys in 2005.

Smith’s predecessor, David Tennant, had been a regular on both TV and stage before taking on the time-travelling role in 2005. In the early 1990s he worked regularly with Scottish agit-prop theatre company 7:84 and Dundee Repertory Theatre before joining the RSC where he played numerous roles between 1996 and 2001 as well as appearing in other shows in London, Edinburgh, Bath and Manchester.

But none of these career trajectories have gone just one way. Tennant was due to star in Good at London’s Playhouse Theatre this year while Matt Smith joined Claire Foy in Lungs at the Old Vic. Hiddleston returned to the London stage for a stunning performance in Coriolanus at the Donmar Warehouse, while Andrew Scott was nominated for best actor in last year’s revival of Present Laughter at the Old Vic, part of the 2020 Olivier Awards that have not yet declared their winners. Theatre does not exist in isolation but is an integral part of British culture.