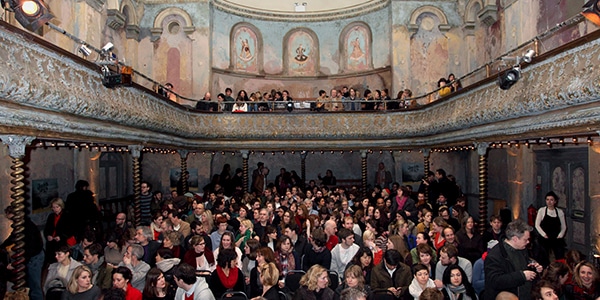 The hall could hold 1,500 people and presented many performances until a fire closed the building in 1877. The hall was slowly rebuilt and became a church in 1888 (after the East End Mission took over in 1885). The building ceased to be used as a church in 1956 and became a rag warehouse.

When the building was threatened with demolition in 1964, a successful campaign allowed it to be bought by the Greater London Council. The hall began staging performances again in 1999, and became a producing venue in 2004.

Its current owner is the Wilton’s Music Hall Trust. Further repair works will be carried out in April 2014.

Get social with Wilton’s Music Hall: