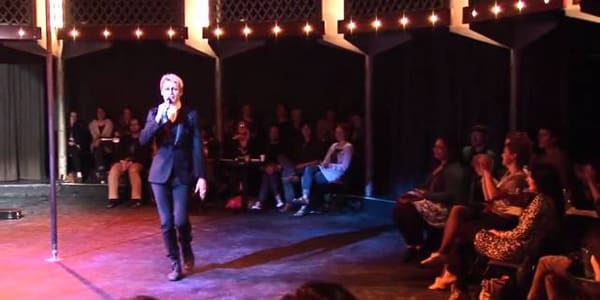 The Albany Theatre is part of a multi-purpose arts centre with a rich history. The original Albany Institute was opened in 1899 by the Duchess of Albany (where the centre derives its name). Its use as a theatre didn’t come until 1970s, when a touring theatre group became its resident company.

The Albany Empire, as the theatre was known, became a hotbed for music in the 1970’s, when it hosted fifteen Rock Against Racism gigs. The theatre was destroyed in a fire in July 1978.

A new building, incorporating purpose-built theatre spaces, was opened in 1982 by Diana, Princess of Wales. More music performances were hosted throughout the 1980’s, including Elvis Costello and Squeeze, as well as comedians like Julian Clary and Reeves & Mortimer.

As an arts centre for the Deptford area, The Albany offers indoor and outdoor activities for children, creative activities for the over 60s, and workshops for young people. This all runs alongside its programme of theatre, music, comedy, spoken word, children’s theatre, film screenings, and cooking exhibitions.

Get social with The Albany:

Otherwise, please click here to continue to The Albany...
x
Send this to a friend