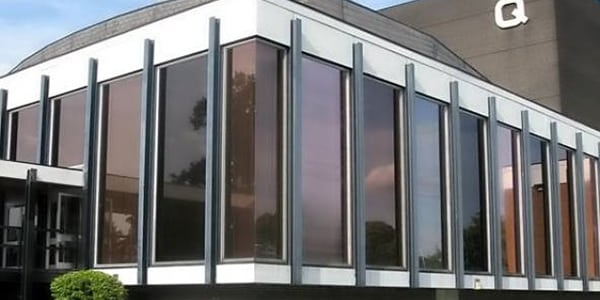 The Queen’s Theatre opened in a derelict cinema in 1953, the coronation year of Elizabeth II. The theatre remained in that space until the move to a purpose built site on Billet Lane in 1975 (during this 22-year period, they presented over 400 plays).

The Arts council withdrew their grant aid to the theatre in 1984. Facing closure, the theatre rallied the local community and presented a petition to the Minister for Arts and Libraries which helped keep the doors open.

The 1980’s and 90’s produced numerous successes for the theatre, including Blood Brothers transferring to the West End, and several popular tours (peaking with six major tours running simultaneously), but declining funds saw the theatre at the risk of closure in 1998.

The decision was made to return to a system of repertory companies, with the theatre resident ensemble (called ‘cut to the chase…’) comprising of talented actor-musicians.

The theatre runs a low-cost subscription scheme, as well as an Education and Outreach programme (comprising of workshops, Theatre-in-Education performances, and the children’s drama group Q Club).

Get social with Queens Theatre:

Otherwise, please click here to continue to the Queens Theatre...
x
Send this to a friend