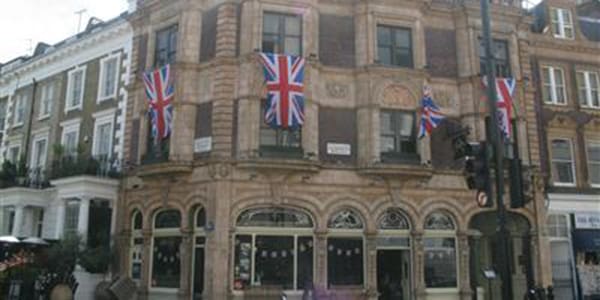 It was used as a rehearsal room for actors from BBC TV in its early days, becoming a rehearsal studio for the Webber Douglas Academy of Dramatic Art in 1985.

Shortly afterward, the studio was converted into a theatre, running 12 public performances each year for 20 years before falling out of use.

In 2010 a decision was made to reopen the theatre and the space was upgraded, finally opening in 2011.

The 50-seat theatre hosts visiting productions from the UK and USA. It is available for hire.

Get social with Drayton Arms Theatre:

Otherwise, please click here to continue to the Drayton Arms Theatre...
x
Send this to a friend