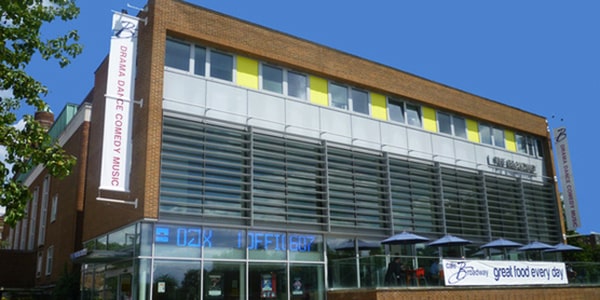 The space now known at The Broadway was originally called the Barking Assembly Hall when it opened in 1962. Its initial use was as a venue for events ranging from ballet to boxing before it was redeveloped into a professional theatre space. The theatre was further developed in 2004, when it was redesigned into a modern venue; featuring an auditorium with flexible seating (the capacity varying from 341 to 850 standing).

The theatre, managed by Barking & Dagenham Council, is the primary cultural building for the borough.

Get social with Broadway Barking:

Otherwise, please click here to continue to Broadway Barking...
x
Send this to a friend