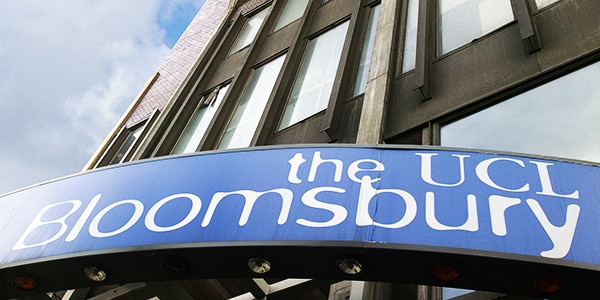 The Bloomsbury Theatre opened in 1968, not gaining its current name until 1982 (its previous title being The Collegiate Theatre). The theatre is owned by University College London, who use it for their student productions. Due to this link, the theatre was known as The UCL Bloomsbury between 2001 and 2008.

Get social with Bloomsbury Theatre:

Otherwise, please click here to continue to the Bloomsbury Theatre...
x
Send this to a friend