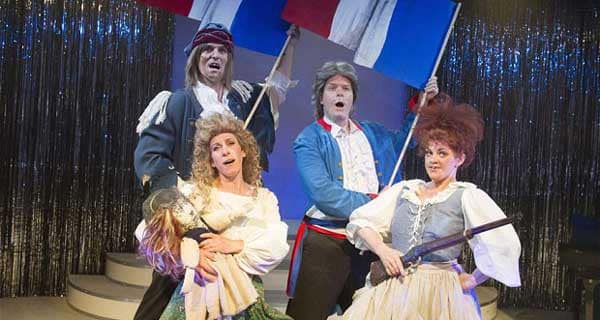 Following a sell-out run at the Menier Chocolate Factory, the latest production of Forbidden Broadway will transfer to the Vaudeville Theatre for a limited 11 week run from September 9th.

A hilarious spoof on some of the biggest theatre stars and the shows they perform in, Forbidden Broadway has become an institution in New York where it has been performed at various venues since 1982.

Three of the current cast members, Anna-Jane Casey, Damian Humbley and Ben Lewis will transfer with the production where they will be joined by Christina Bianco.  Bianco has appeared in the US production of the show but is perhaps better known for her You Tube videos which have become an online sensation having been seen by over 10 million people.

“I can’t think of a more fitting way to celebrate our 10th anniversary year than to transfer our wonderful production to the Vaudeville Theatre in the West End sp that many more people will get the opportunity to enjoy it”. he said.

Book tickets for Forbidden Broadway at the Vaudeville Theatre