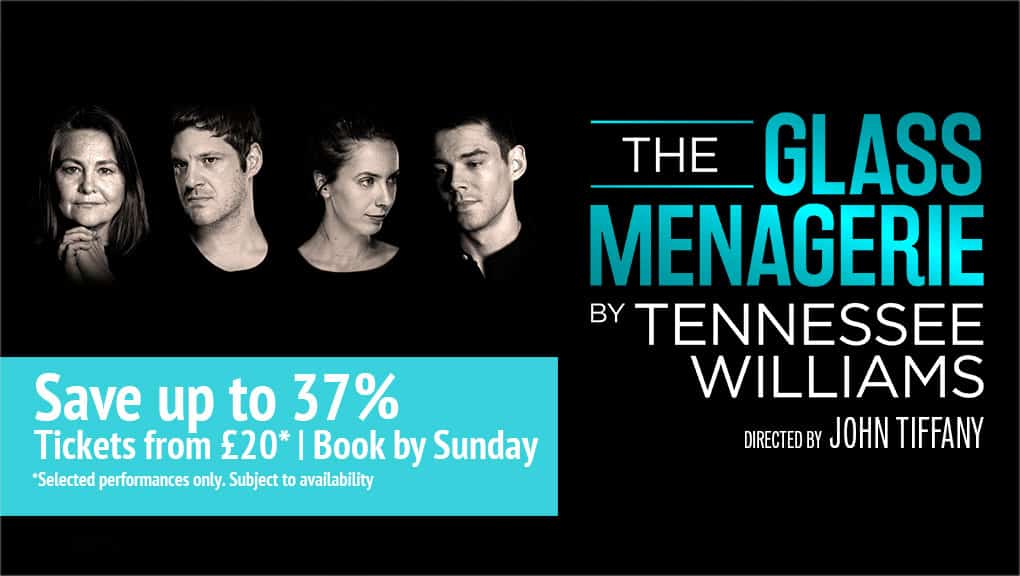 Following his massive successful staging of Harry Potter And The Cursed Child Parts One and Two and Let The Right One In. Director John Tiffany brings his multi Tony Award-nominated production of The Glass Menagerie by Tennessee Williams to the West End. If you book by Sunday 22 January you can save up to 37% on selected performances between 26 January and 17 February 2017.

A domineering mother. A daughter lost in a world of her own. A son desperate to leave. Former Southern Belle Amanda Wingfield, played by Tony Award-winning Broadway icon Cherry Jones, enlists the help of son Tom (Michael Esper) to find a husband for her fragile daughter Laura (Kate O’Flynn). But will the long-awaited ‘gentleman caller’ (Brian J. Smith) fulfil or shatter the family’s delicate dreams?

The Glass Menagerie has movement by Steven Hoggett, sets and costumes by Bob Crowley, lighting design by Natasha Katz, sound design by Paul Arditti and music by Nico Muhly.

BOOK NOW FOR THE GLASS MENAGERIE