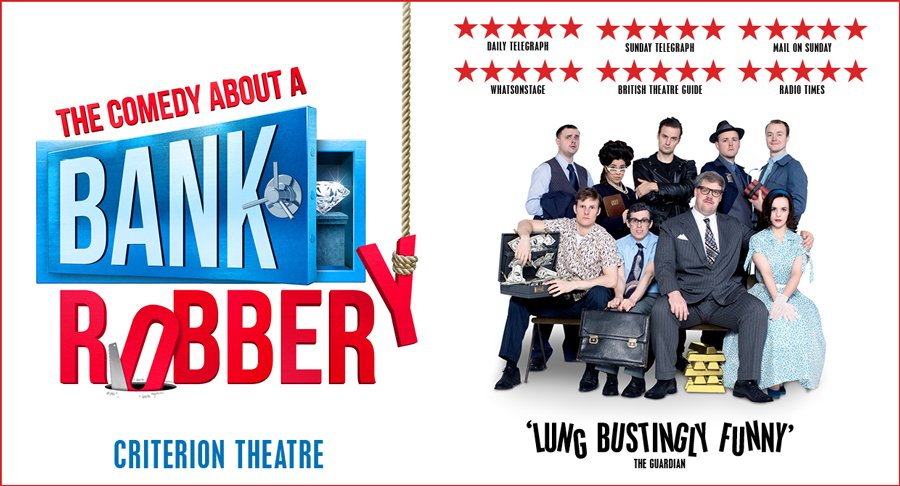 We are pleased to bring you this great offer on The Comedy About A Bank Robbery at the Criterion Theatre.

One giant diamond. Eight incompetent crooks. And a security guard asleep on the job. What could possibly go right?

Written by and starring The Mischief Theatre Company who brought you the 2015 Olivier award-winning Best New Comedy The Play That Goes Wrong and Peter Pan Goes Wrong, book now to be entertained by their unique brand of humour in this hilarious new show. It would be criminal to miss it.

THE COMEDY ABOUT A BANK ROBBERY TICKETS