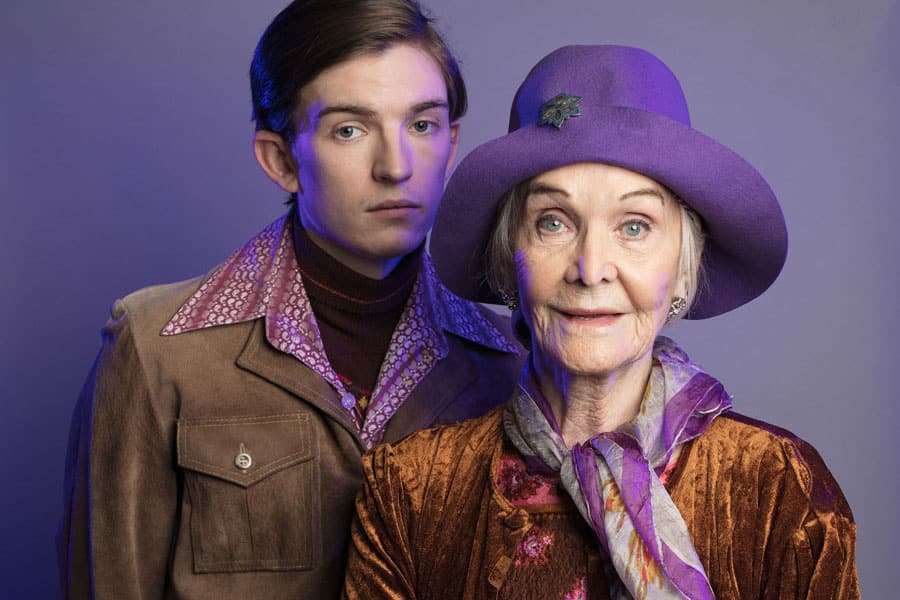 Harold and Maude is an idiosyncratic romantic fable told though the eyes of the most unlikely pairing: a compulsive, self-destructive young man and a devil-may-care, septuagenarian bohemian. Dame Marjorie “Maude” Chardin (Sheila Hancock), is a free spirit who wears her hair in braids, believes in living each day to its fullest, and “trying something new every day”. Harold Parker Chasen (Bill Milner) is an 18-year-old man who is obsessed with death, attends funerals of strangers for entertainment and stages elaborate fake suicides. Through meeting Maude at a funeral, he discovers joy in living for the first time. Part dark comedy and romantic innocence, Harold and Maude dissolves the line between darkness and light along with ones that separate people by class, gender and age.

Harold and Maude by Colin Higgins reunites Sheila with director Thom Southerland after their acclaimed sold-out success with the UK premiere of the musical Grey Gardens in 2016.

It is now previewing at Charing Cross Theatre and runs for a strictly limited run of 6 weeks to Saturday 31 March.

BOOK TICKETS TO HAROLD AND MAUDE