Take a look at these great new cast images from the RSC’s Matilda The Musical which has just extended its booking period at London’s Cambridge Theatre. 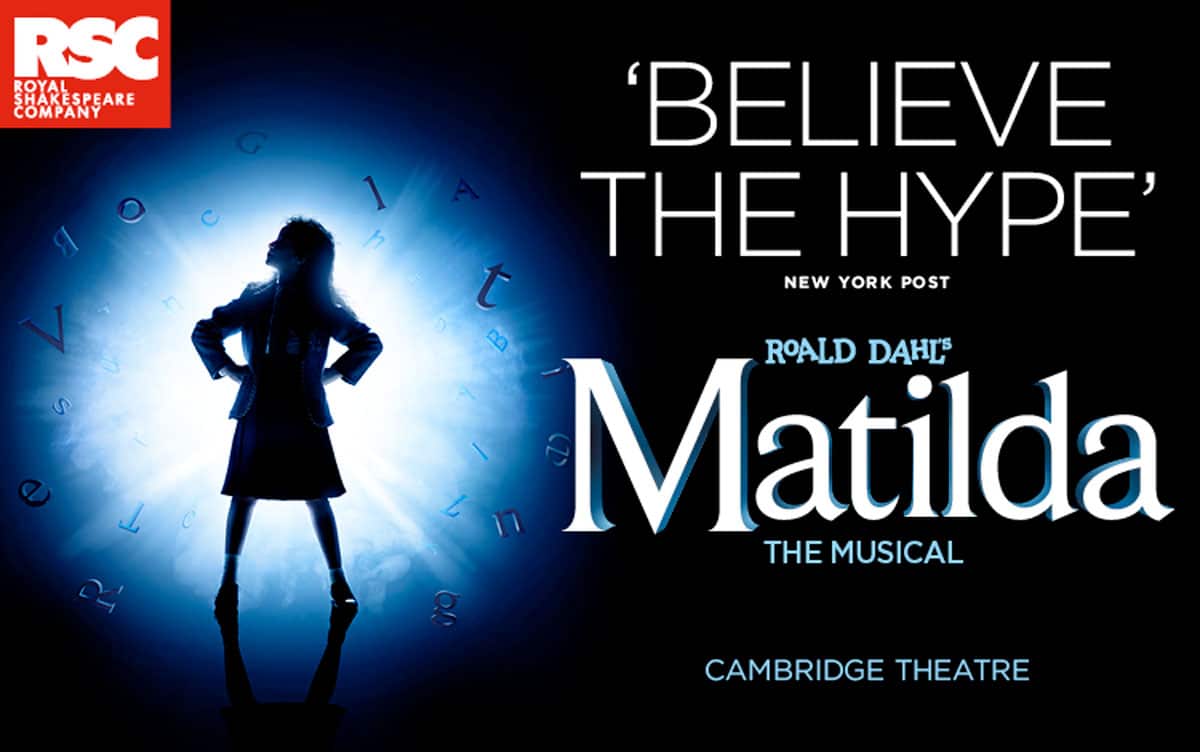 To celebrate the new cast of Matilda The Musical beginning performances at the Cambridge Theatre in the West End, new cast photos have been released along with the announcement that the smash hit production staged by the Royal Shakespeare Company has extended to 17 December 2023. Book Matilda The Musical West End Tickets here.

As previously announced, Victoria Alsina, Laurel Sumberg and Heidi Williams have joined Maisie Mardle in the title role of Matilda, with their first performances having started from 13 September 2022.

Celebrating 10 years since the multi-award-winning production opened in London, this iconic British musical has won 99 international awards including 24 for Best Musical and has been seen by 11 million people across more than 90 cities worldwide. Written by Dennis Kelly, with music and lyrics by Tim Minchin and developed and directed by Matthew Warchus, the production is designed by Rob Howell, with choreography by Peter Darling, orchestrations, additional music and musical supervision by Christopher Nightingale, lighting by Hugh Vanstone, sound by Simon Baker and special effects and illusions by Paul Kieve. Matilda The Musical continues its run of over a decade at London’s Cambridge Theatre.

Together with the upcoming film adaptation from the same core creative team (direction by Matthew Warchus, adapted for the screen by Dennis Kelly, with the music and lyrics of Tim Minchin), Roald Dahl’s themes of bravery and standing up for what you believe in will continue to inspire young audiences all over the world. Sony Pictures U.K. and Tristar Pictures will release Matilda across the U.K. and Ireland exclusively in cinemas on 25 November 2022.