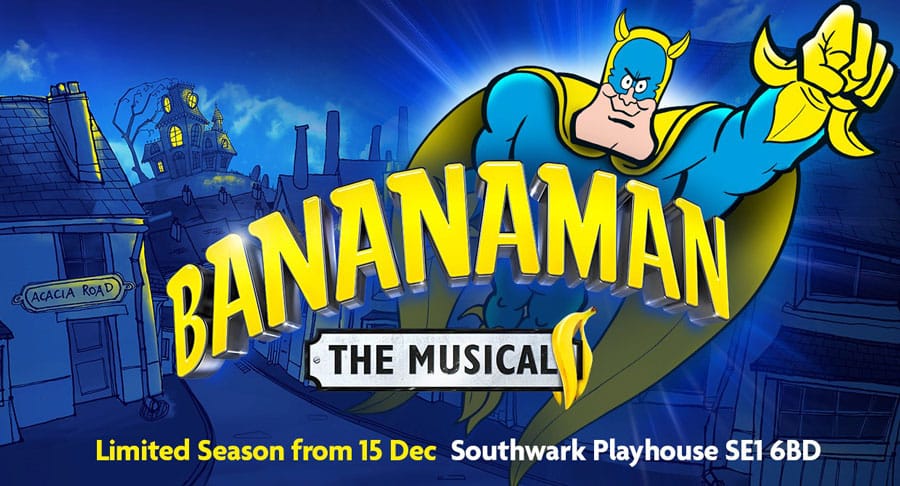 Bananaman began life in the Nutty comic in 1980, and was a flyaway success, transferring to The Dandy before joining the world’s longest-running comic, The Beano in 2012 and he is now one of The Beano’s flagship characters. A send-up of the likes of Superman and Batman, he was the subject of the hugely popular TV cartoon that ran between 1983 and 1986 for three series and 40 episodes on the BBC and featured the voices of Tim Brooke-Taylor, Graeme Garden and Bill Oddie from The Goodies.

Fans of the the TV series will remember the iconic opening sequence, “This is 29 Acacia Road. And this is Eric Wimp. He’s a schoolboy who leads an amazing double life. For when Eric eats a banana an amazing transformation occurs. Eric is Bananaman. Ever alert for the call to action.”

With a useless hero and some equally clueless villains, Bananaman’s winkingly clever, delightfully silly humour has been sealed into the memories of those who saw him first, and will now spark the imagination of a new bunch of Bananafans.

It won’t be long before we all ‘Peel the Power’ of Bananaman.

Bananaman the musical runs at Southwark Playhouse until 20 January 2018.