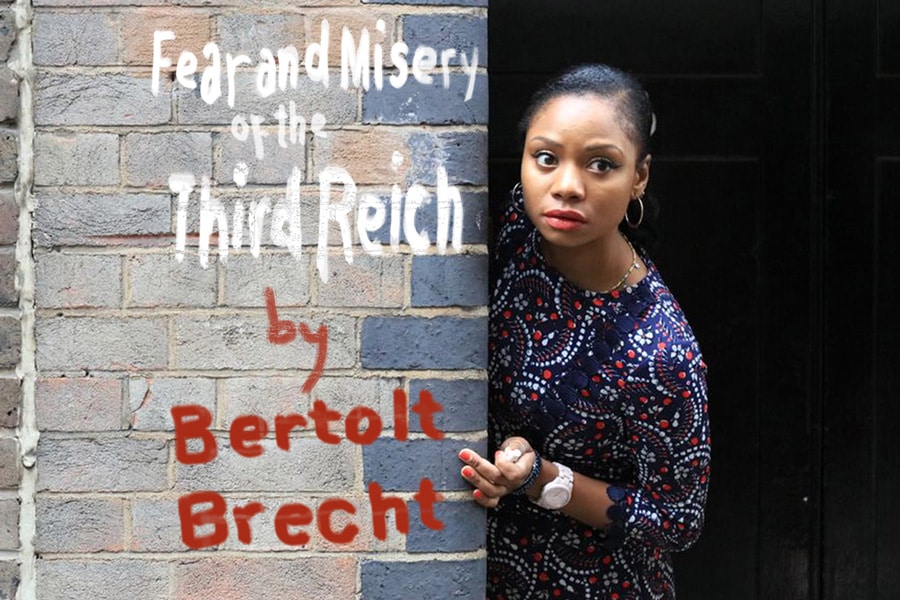 Aequitas Theatre Company are to present Bertolt Brecht’s Fear and Misery of the Third Reich at the Brockley Jack Studio Theatre from 16 January to 3 February 2018.

The world is under the threat of fascism and war is looming ever closer. Liberalism and socialist ties are condemned by those in power. How did we get here?

Aequitas takes Brecht’s Fear and Misery of the Third Reich and applies it to our modern global society, taking a look at the lives of average people and the reasons they comply with those in power.

Set in the near future, this piece imagines what the world might become if we continue to repeat our mistakes.

Brecht was a pioneer and theatrical genius whose work not only commented on the politics of the 1930’s, but also strove to foster change. His work is renowned worldwide and he is credited with the construction of a new method of performance. His influence spreads far and wide. Fear and Misery of the Third Reich was begun in 1937, with the first eight playlets performed in 1938, as Hitler rose to power in Germany.

BOOK TICKETS TO FEAR AND MISERY OF THE THIRD REICH