Audrey Cefaly’s drama The Gulf will have its European Premiere at the Tristan Bates Theatre from 17 April – 5 May 2018. 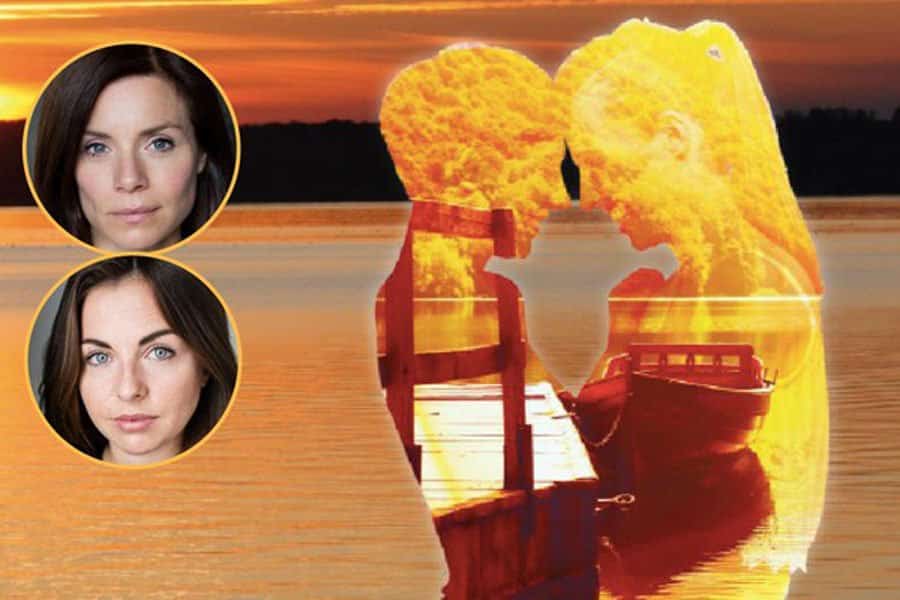 The European Premiere of The Gulf by Audrey Cefaly is an honest representation of the challenges all relationships can endure, no matter the sexuality. It looks at two women on a small fishing boat in the Gulf of Mexico and what makes their relationship tick.

The divide between Kendra, played by Louisa Lytton (Eastenders, BBC1; Strictly Come Dancing, BBC1; A Midsummer Night’s Dream, the British Shakespeare Company), and Betty, played by Anna Acton (Doctors, BBC; Casualty, BBC; Eastenders, BBC; The Caucasian Chalk Circle, Gillotts Theatre; Emmanuelle & Dick, Royal National Theatre), mimics the very world that devours them: a vast and polarizing abyss. Stranded on a boat together, they are forced to confront their differences and untangle the issues they’re faced with.

The message in society that a ‘significant other’, preferably of the opposite sex, is the answer to feeling complete and happy, is always present. Through bickering, insults, self- help books and physical and emotional game playing the audience discover, along with Betty and Kendra, the substance to their relationship and their future together.

Director Matthew Gould comments, The Gulf is an exploration of relationships but it happens to be between two women in a boat on a fishing trip in Alabama and that is the importance of The Gulf… it’s characters are women. The presence of drama that has women, let alone lesbians, as their leading characters is minimal. As the shifting sands of the rights of
LGBTQ+ people fluctuate from country to country, to then have such a strong drama featuring lesbian characters and set in the deep south of America is a testament to the talent of the writer Audrey Cefaly and her understanding of the need for Kendra and Betty’s voices to be heard. I hope that whoever comes to the play will see that whatever sexes a relationship is made up of the issues are the same the world over.

Originally a short play in August 2010 as part of the Silver Spring Stage One-Act Festival in Silver Spring, MD under the direction of Chris Curtis. This production won the Samuel French Off-Off-Broadway Short Play Festival Award.

Since the 2010 production Audrey developed the play into a full-length play which premiered at Signature Theatre in Alexandria, VA in October 2016 under the direction of Joe Calarco. It received incredible reviews and amazing audience reaction. This production won the 2016 Edgerton Foundation New American Play Award and was nominated for The Charles McArthur Award for Outstanding New Play (Helen Hayes Award)

BOOK TICKETS FOR THE GULF AT TRISTAN BATES THEATRE