Elton John is to join the concerts being presented as part of BST Hyde Park in June 2022. Tickets to the Hyde Park date for Elton John’s Farewell Yello Brick Road – The Final Tour are on sale Friday 10 Sept at 10am. 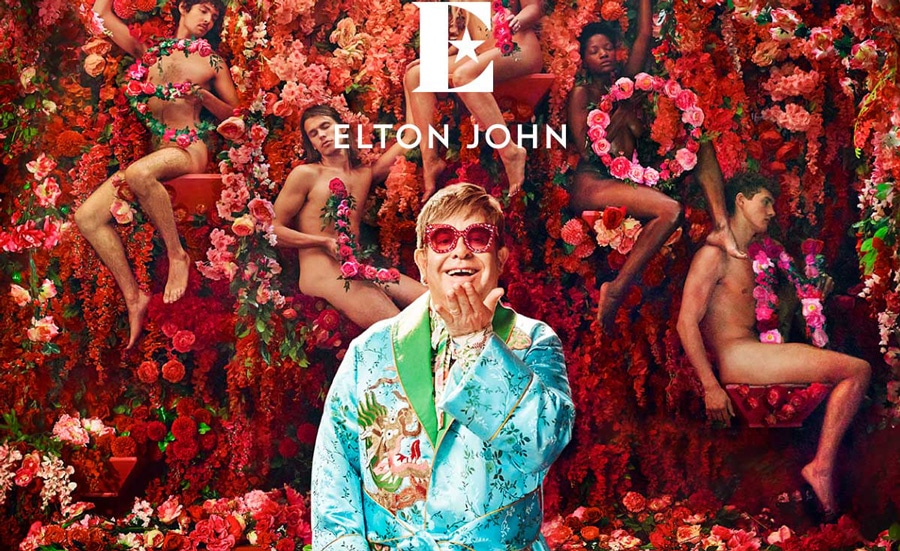 American Express presents BST Hyde Park returns in 2022! London’s festival is back next year for THE celebration of the summer with Music Royalty. This Royal Park will host the London date of Elton John’s ‘Farewell Yellow Brick Road – The Final Tour.’

One the most influential and vital artists of all time, Elton John announced his ‘Farewell Yellow Brick Road Tour’ in 2018 and embarked on an epic farewell to touring after 50 years on the road. BST Hyde Park will witness this historic London tour date on Friday 24 June 2022. Tickets are on sale Friday 10 Sept at 10am.

British Summer Time in 2022 will be a huge and eagerly awaited celebration for the nation. BST Hyde Park has been at the centre of London’s summer since 2013, bringing the world’s biggest artists to the greatest outdoor venue in the world over consecutive weekends with a host of free activities and entertainment during their midweek programme, Open House.

That tradition of legendary artists playing very special, career-defining shows continues with the Rocket Man.  An artist who has redefined music over half a century, he has become a global icon and spanned generations as one of the world’s most in-demand performers and music tastemakers.

Elton John’s list of accomplishments are unsurpassed in their breadth and longevity. In the UK, he has scored 7 Number 1 Albums, and 7 Number 1 Singles (and 31 UK top 10s). Elton is one of the top-selling solo artists of all time, with 1 diamond, 40 platinum or multi-platinum, and 23 gold albums, over 50 Top 40 hits, and he has sold more than 300 million records worldwide. His hits are loved the world over – the likes of ‘Your Song’, ‘Rocket Man’, ‘Candle In the Wind’ ‘Saturday Night’s Alright For Fighting’, ‘I’m Still Standing’, ‘Nikita’, ‘Circle Of Life’, ‘Tiny Dancer’, ‘Sorry Seems To Be The Hardest Word’, ‘Bennie & The Jets’ just scratching the surface of a catalogue of modern standards.  His reworked ‘Candle in the Wind 1997’ sold 33 million copies worldwide and became the best-selling British single of all time.

He composed the classic film soundtrack for ‘The Lion King’ (winning an Oscar for ‘Can You Feel The Love Tonight’) which has been turned into a global smash hit theatre show, and received a Tony Award with Tim Rice for their score for musical ‘Aida’.  In 1995, he composed the music for the stage play ‘Billy Elliot’, another global phenomenon that was made into a hit film.

His own life story was brought to the big screen in the epic musical fantasy hit film ‘Rocketman’ in 2019. The film garnered widespread critical and commercial success, winning Elton his second Oscar in the process.

The chance for London to bid farewell to a true hero makes Friday June 24, 2022, a special date in the city’s diary.

Already announced for American Express presents BST Hyde Park 2022, Pearl Jam are bringing us a BST first for 2022, two consecutive shows on Friday 8 and Saturday 9 July – as a UK exclusive, a sign of their immense popularity after the 2020 show sold out in record time. Special guests PIXIES are set to support Friday’s show, with another huge guest to be announced on Saturday’s show and many more to join them across the bill.

British icons Duran Duran are back, excited to play their hugely anticipated show on Sunday July 10. Joining them are music legends Nile Rodgers & CHIC and Grace Jones – both long-time collaborators and great friends of the band.

Jim King, CEO of European Festivals at AEG Presents, says, “American Express presents BST Hyde Park has always stood for the world’s biggest and most loved artists bringing not just a performance but a truly one-off and memorable event. Elton John has provided the soundtrack to the lives of so many of us and to know that his last tour is coming to Hyde Park, possibly the last time many of us will ever see him play, is one of the most important and ‘must see’ nights of BST Hyde Park ever.”