After almost ten years, Edward Hall will be stepping down as Artistic Director and Joint Chief Executive of Hampstead Theatre in the spring of 2019. 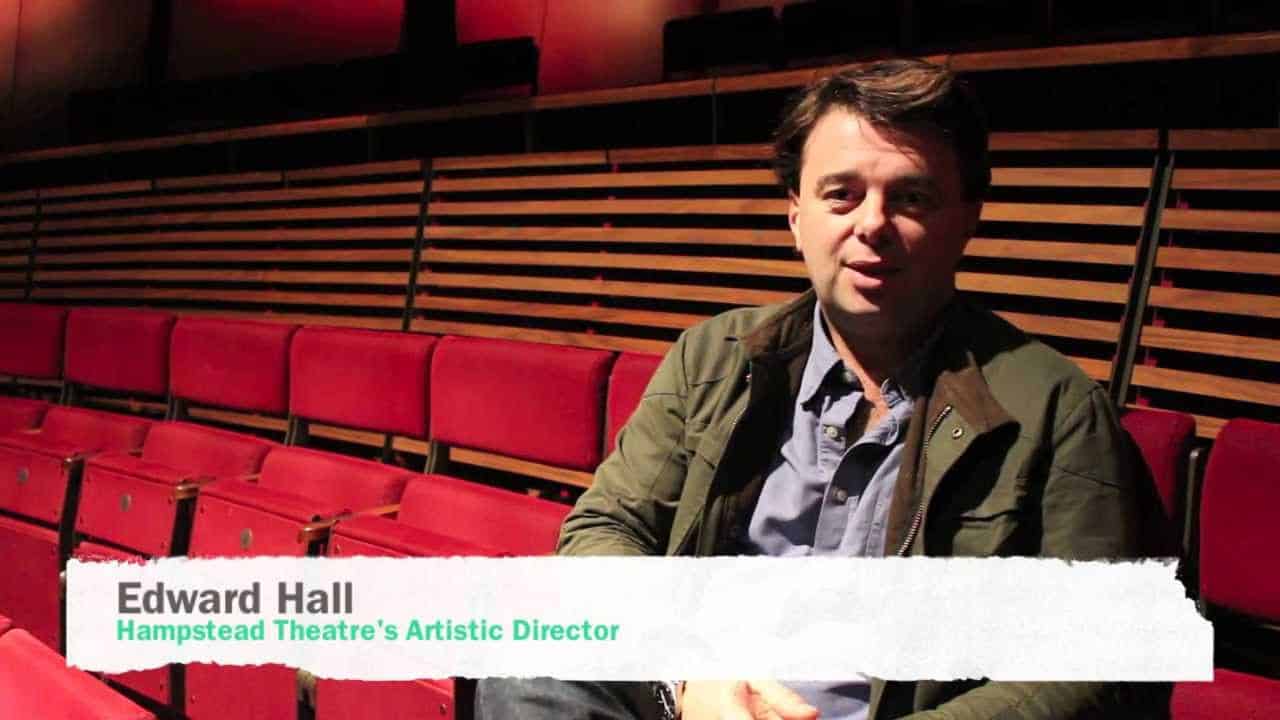 Hampstead Theatre in London has announced that Edward Hall is stepping down as artistic director and joint chief executive after nearly 10 years.

In revealing his departure planned for spring next year, the board credited him with saving the theatre, which dates back to 1959, after taking it over when it was “almost bankrupt and on the brink of closure”.

Since then, Hampstead Theatre has produced over 100 premieres and has become one of the most successful and productive new writing theatres in the world.

Writers whose work has been nurtured and developed at Hampstead during Hall’s tenure include Beth Steel, Morgan Lloyd Malcolm, Colette Kane, Fiona Doyle, Phil Davies and Ella Road.  Hall has directed some of the theatre’s biggest successes including Sunny Afternoon, Chariots of Fire and Wonderland.

Hall was responsible for creating Hampstead Downstairs, the studio programme, which opened in 2010 and has presented over 50 world premieres, many by first-time playwrights. Also in 2010, he was joined by executive producer, Greg Ripley-Duggan.

The board, which plans to start the search for a new artistic director “shortly”, noted that Hall would be leaving the theatre “transformed, with a loyal and supportive audience, a healthy balance sheet and a million-pound endowment created solely to commission new plays”.

Hall said: “Running Hampstead has been my dream job. Of course it has been tough at times but it has been personally fulfilling, rewarding and uplifting to have seen it grow so rapidly into such a stimulating and industrious place.

“In the past decade I have worked with some exceptional theatre-makers, some of them legendary figures, and have been lucky enough to support the creation of some extraordinary work.

“I want to thank our tirelessly committed board led by the inspirational David Tyler, our many loyal supporters who have helped make that work possible, the public who have made this the most successful period in the theatre’s history, and the staff, who give so much to this wonderful place.

“My partnership with Greg Ripley-Duggan will remain a highlight of my working life, and without him the last 10 years would not have been possible.

“I will miss Hampstead and everybody associated with it enormously but look forward with huge anticipation to whatever the next chapter will bring.”

David Tyler, chairman of Hampstead Theatre, added: “The board is very sad that we will saying goodbye to Edward next spring after his exceptional achievements here over the last decade.

“We thank him for reviving the theatre and making it a first choice destination for so many theatre-goers, particularly those looking to enjoy creative and entertaining new writing.

“We wish him every possible success in the future and will miss enormously his infectious enthusiasm, his charismatic leadership and his brilliant skills as a director.”