An announcement has been made that ALL of Edinburgh’s August Festivals have been cancelled this year due to the extraordinary series of events worldwide. 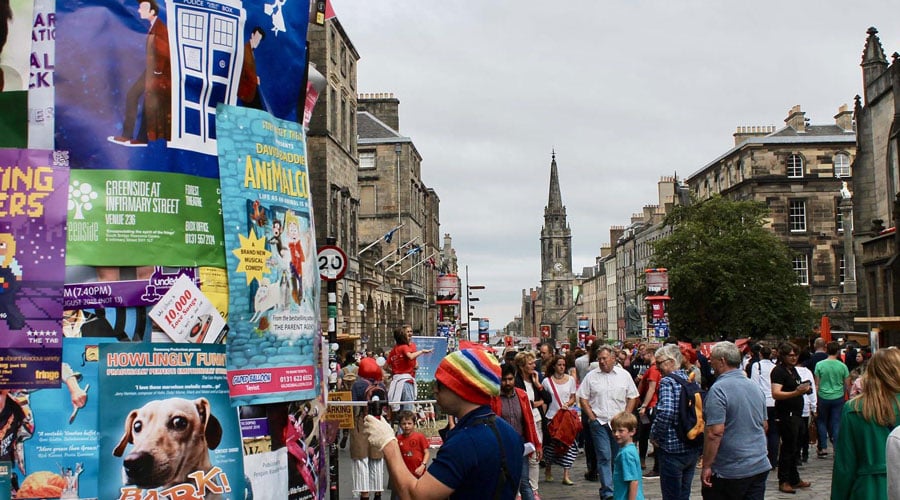 Together, the five August festivals comprise over 5,000 events across Scotland’s capital each summer, welcoming audiences of 4.4 million and over 25,000 artists, writers and performers from 70 countries, making them the second biggest cultural event in the world after the Olympics.

The festivals’ history stretches back to 1947, wherein the aftermath of the Second World War the Edinburgh International Festival was founded to reconcile and reunite people and nations through art, in an event that transcended political and cultural boundaries. Many years later the International Festival continues to present the world’s leading theatre, dance and music artists in Edinburgh’s magnificent venues. The Fringe story began when eight theatre groups turned up uninvited to perform on the fringes of the very first International Festival. Since the dawn of this spontaneous artistic movement, millions have flocked to the Edinburgh Festival Fringe to produce, and to enjoy art of every genre. Conceived in 1950 the iconic major event, now known as The Royal Edinburgh Military Tattoo, brings together a huge cast of international military and folkloric performers to perform live to 220,000 visitors each August, with many millions seeing the show on BBC TV around the world.

The Edinburgh International Book Festival began in 1983 and has grown rapidly in scope and size, welcoming writers from all over the world to exchange ideas on some of the world’s most pressing issues. The youngest of the August festivals, Edinburgh Art Festival was founded in 2004 to provide a platform for the visual arts, each year bringing together the capital’s leading galleries, museums and artist-run spaces to present work by international and UK artists.

Spokespeople for the festivals have expressed their sadness at having to take the decision, their continued commitment to the events and above all their concern for the health and well-being of their audiences.