A Good Service On All Other Lines, an acclaimed show at Edinburgh Festival Fringe in 2018, has been launched as a podcast. 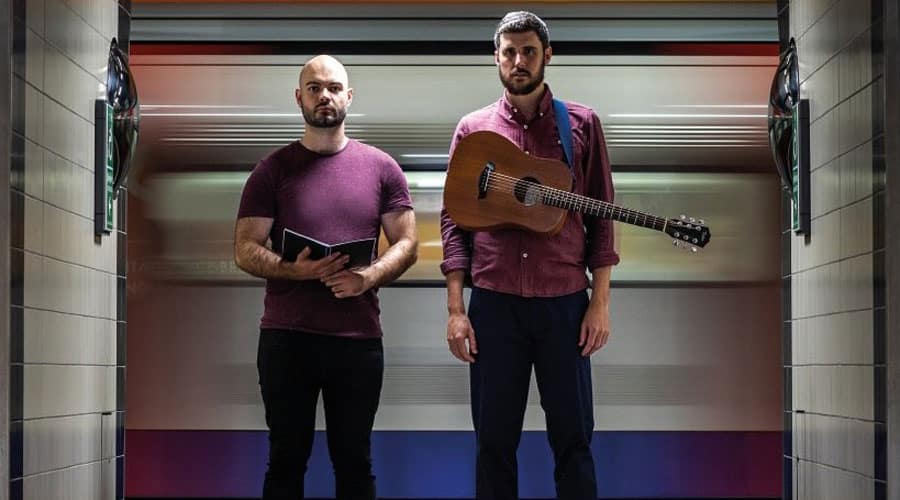 Writer/comedian David Head and singer/songwriter Matt Glover of indie-folk band Sincere Deceivers have adapted their piece, which ran for nearly an hour and a half, into five episodes, each of 15 to 20 minutes.

Combining silly love stories and melancholy folk-pop, they perform their intertwining tales of various people tied to the 23:47 train from London Marylebone – people such as Louise, who is running away from her old life to start afresh, and ticket inspector Nick, who seems invisible to all on board.

The show premiered at C Aquila in Johnston Terrace at Edinburgh Fringe in 2018 and also played at Rosemary Branch Theatre in London last year.

It is available on Acast, Apple Podcasts, Spotify and many other popular podcast apps.

It is produced by Head and Glover with Carlos Bricio, David Head and Matt Glover. It features cello and backing vocals by Dom Main and the additional voices by Clare Reavey, Michael Rossi and Suzie Jacobson. Sound engineering and mixing are by Carlos Bricio. It is supported with public funds from Arts Council England.