Eddie Redmayne and Jessie Buckley are to star in Kander and Ebb’s musical Cabaret at The Kit Kat Club which will open its doors in the West End in November. 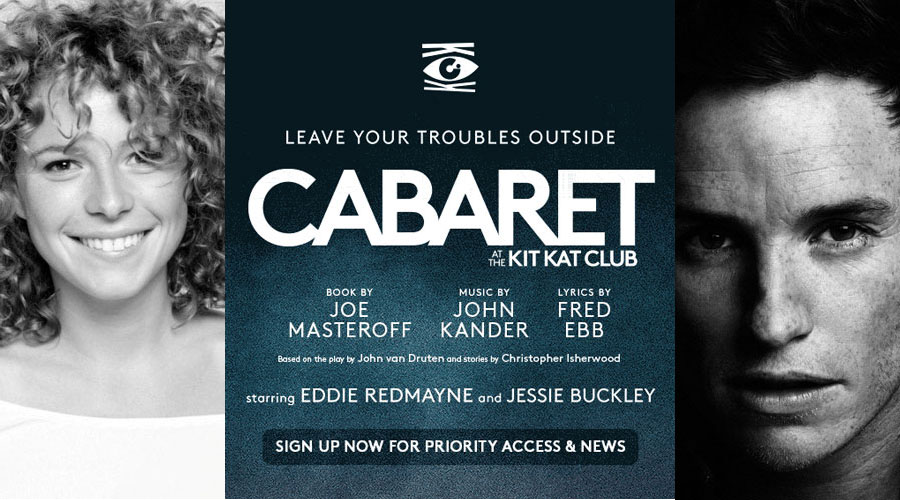 Inside the Kit Kat Club, life is beautiful. The famous setting of Kander & Ebb and Masteroff’s musical is brought to life with a capacity of just 550, to host a unique production of Cabaret, the likes of which audiences will have never experienced before.

One of the most successful musicals of all time Cabaret features the songs Wilkommen, Don’t Tell Mama, Mein Herr, Maybe This Time, Money and the title number. It has music by John Kander, lyrics by Fred Ebb, book by Joe Masteroff. Based on the play by John Van Druten and stories by Christopher Isherwood.

Director Rebecca Frecknall said today “It’s such a privilege to have the opportunity to direct Cabaret, a show that has always been dear to my heart. It’s thrilling to be able to approach this classic and important musical at a time when its themes and atmosphere feel so contemporary and resonant. I’m in awe of my incredible creative team who have come together to create a bold new production as well as a new ‘Kit Kat Club’, a bespoke home where we can truly embrace and unlock the world of Cabaret for a new audience”.