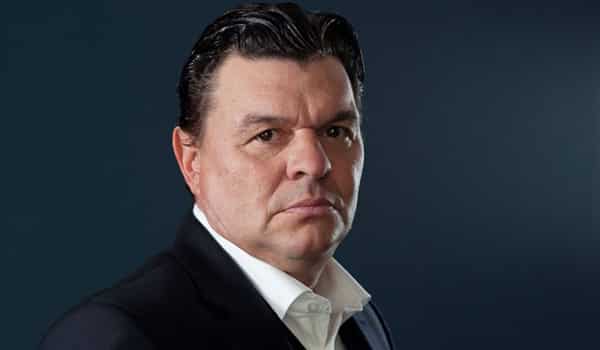 Eastenders actor Jamie Foreman will play Arthur in the West End transfer of Mrs Henderson Presents opening at the Noel Coward Theatre on 9 February for a strictly limited season.

Foreman is best known for playing Derek Branning in EastEnders, but his other credits include Lenny in Birds of a Feather, Bill Sikes in Roman Polanski’s Oliver Twist, Duke in Layer Cake, Gary Oldman’s Nil by Mouth, Elizabeth and Sleepy Hollow.

Tracie Bennett is a double Olivier Award-winner for her performances in the musicals She Loves Me and Hairspray. She received huge acclaim all over the world for her portrayal of Judy Garland in End Of The Rainbow, and was Tony Award nominated for her lead role in the production, also directed by Terry Johnson.

The musical, based on the film Mrs Henderson Presents, is directed by the multi-award winning Terry Johnson. Lyrics are by the Oscar, Tony and Golden Globe winning Don Black with music by Oscar nominated George Fenton and Simon Chamberlain, who both collaborated on the original film.

It is choreographed by Andrew Wright, has set design by Tim Shortall, costume design by Paul Wills, lighting design by Ben Ormerod and sound design by Gareth Owen. Wig, hair and make-up design is by Richard Mawbey, orchestrations are by Larry Blank with musical supervision by Mike Dixon.