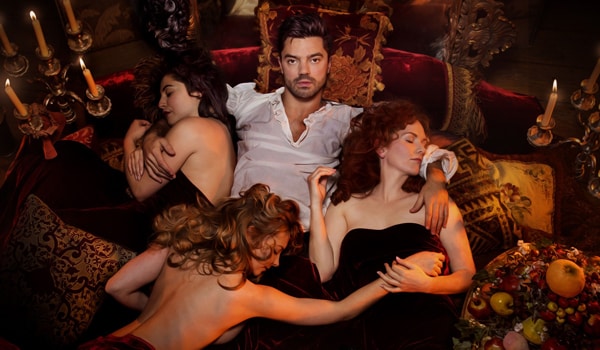 Dominic Cooper returns to the stage this year to play debauched 17th Century rake the Earl of Rochester in The Libertine. This sexually charged masterpiece by award-winning playwright Stephen Jeffreys will play a limited run as part of the 2016 summer season at Bath Theatre Royal from 31 August to 17 September prior to the West End’s Theatre Royal Haymarket from 22 September to 3 December 2016.

Full casting has yet to be announced for The Libertine which will be directed by the Olivier and Tony Award-winning Terry Johnson.

John Wilmot, the second Earl of Rochester is a charismatic poet, playwright and rake with a legendary appetite for excess. Yet this most ardent of hedonists is forced to reconsider everything he thinks and feels when a chance encounter with an actress at the Playhouse sends him reeling. With flair and wit, this wild romp through 1670s London offers an incisive critique of life in an age of excess.

The Libertine was first performed on tour and at the Royal Court Theatre alongside the Restoration comedy, The Man of Mode, which presented another, contemporary view of Rochester. It later transferred to Chicago’s Steppenwolf starring John Malkovich and directed by Terry Johnson before Johnny Depp took the title role in the 2004 film adaptation.

BOOK NOW FOR THE LIBERTINE AT THE THEATRE ROYAL HAYMARKET