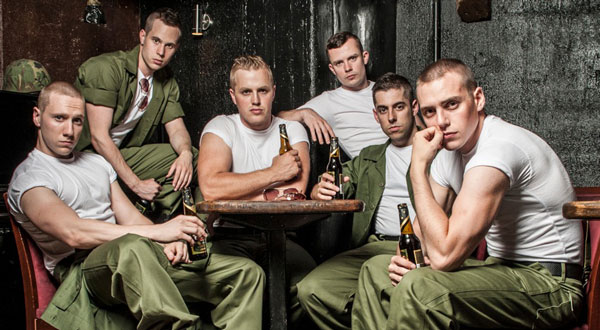 Exactly a year after Dogfight’s acclaimed European premiere season ended at Southwark Playhouse, the original cast and creative team are to reunite for a special concert version of the musical in the main theatre at St James Theatre on Sunday 11 October.

Dogfight was showered with praise by the critics and the production was nominated Best Musical and Laura Jane Matthewman named Outstanding Emerging Talent in the Evening Standard Awards. Dogfight also received three Off West End Award nominations including Best Musical, Best Female and Best Male, and it was shortlisted Best Off West End Production in the Whatsonstage Awards.

Producer Danielle Tarento said today: “Dogfight was such a special project for everyone involved. Now we have a wonderful opportunity to reunite the Dogfight family to once more sing the magical score by Pasek and Paul and relive again the heartbreaking love story between Eddie and Rose. As the lyrics to the show’s opening song say: ‘Take me back…’”

November 21, 1963. The night before their deployment to Vietnam, three young Marines set out for one final boys’ night of debauchery. But when Corporal Eddie Birdlace meets Rose, the unassuming and idealistic waitress he enlists to win a cruel bet, she rewrites the rules of the game and opens his eyes to what really matters in life.

Dogfight in Concert is directed by Matt Ryan. Choreography by Lucie Pankhurst with Musical Director by George Dyer and produced by Danielle Tarento.