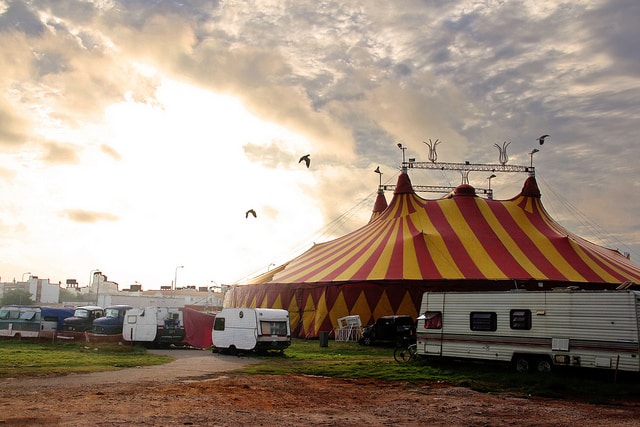 What we would refer to as a circus nowadays actually originated in London, created by the young entrepreneur Philip Astley in 1768. In the beginning, circuses consisted of simple equestrian rings, but as the craze went global and crossed oceans to tour foreign cities new acts were added to the roster. As time passed, the basic circus that Astley had created evolved and circuses soon became a place of spectacle, skill and sensation. In 1984 Quebec, a new phenomenon named Cirque du Soleil began gaining attention and before long it too became a worldwide obsession. Circuses no longer consisted of clowns and exotic animals, instead they were replaced with incredibly skilled acrobats and showmen. Now, no singular country can claim ownership of the circus, as they are entirely different depending upon where you visit.

European countries such as Belgium and France, in addition to other countries around the world including Canada and Australia have all managed to keep the circus industry alive. So, what happened to the circuses of the United Kingdom? We seem to love all theatre productions from 42nd Street to Wicked, while dance shows and even the opera continue to attract thousands of people: but who wants to run away with the circus anymore?

Modern Circuses in the UK 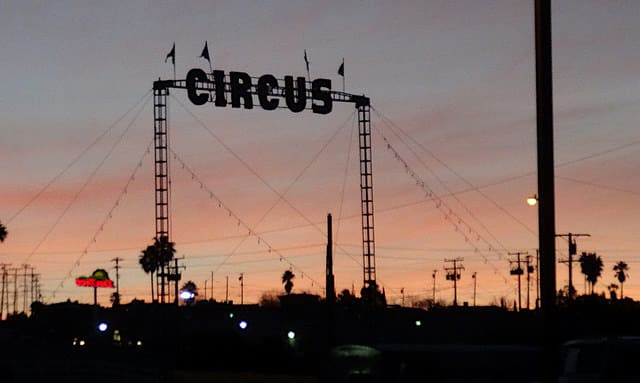 In recent years, many professionals and performers alike have claimed that circuses are back on the rise. In 2014, entrepreneur and performer Tim Lenkiewicz wrote a piece for The Guardian discussing the possible reasons why circuses remain an outlier in the British entertainment industry. According to Lenkiewicz, founder of Square Peg Contemporary Circus and Cirquit Productions, the difference between UK circus and its close industry cousins theatre and dance is simple: training. For example, while theatre and dance are no doubt difficult and demanding professions, to become an acrobat or aerialist requires intense, specific training. Most colleges and universities throughout the UK offer new students theatre, drama and dance courses, while degrees in circus arts or gymnastics are far harder to come across. If an aspiring acrobat does manage to learn the skills necessary to perform at the circus, they must then train further to perform in a particular event. Lenkiewicz claims that his experienced acrobats must train further to be able to construct the platforms used in their acts and to actually perform safely, amongst many other requirements. Then, you must consider who is investing in and paying these circus performers. After all, circuses don’t take place in a building – they take place in tents, making it incredibly hard to build reliable, robust audiences. In other countries, there is a social security system that pays qualified circus performers, however it wasn’t until 2014 that the UK Treasury decided to include circus within its tax relief for the theatre.

The Future of British Circuses

That said, all hope is not lost for British circuses. Firstly, circuses are still a part of British culture and appear in a number of different media industries. Every so often, the circus appears on television with Cirque de Celebrite, The Greatest Show On Earth and American Horror Story coming to mind, while the circus has remained a staple in cinema for decades. The circus is often a theme within a variety of casino games taking the theme and applying it with a modern twist, with games such as Six Acrobats and The Twisted Circus slots. Meanwhile, back in the real world there are dozens of circus companies forming all across Britain. The best-known is perhaps Cirque Berserk, a company that focuses on making circus shows specifically for theatres. Each show consists of “traditional circus thrills” with contemporary live entertainment, performed by over 30 acrobats, aerialists, jugglers, dancers, drummers, stunt men and even an award-winning clown named Tweedy. Roundhouse, NoFit State Circus, Circumference, Beta Testing, Bromance and Barely Methodical are just some of the other troupes that continue to flourish in the UK following the tax relief.

Circus Maximus, the UK’s first annual circus competition founded by Underbelly Productions and The National Centre For Circus Arts, is very popular. It encourages circus performers from around Britain to come together and compete for a £4,000 prize and the opportunity to run a brand-new circus show. Underbelly Productions are also the company behind the annual Underbelly Festival which has been running for almost a decade as well as the Circus Hub at Edinburgh Fringe. According to Underbelly’s co-founder and director Ed Bartlam, circus companies are thriving due to the emergence of interactive, immersive theatre, a genre that has been very present during Hull’s City of Culture 2017 programme. Aislinn Mulligan, part of circus company Circumference, agrees: “circus has the ability to heighten an audience’s visceral response from the outset. With it, you can harness the expressive ability of whatever you want to talk about.” Circumference are well known for their first full-length performance Shelter Me, which explored the digital world. This appears to be a common theme amongst new circus pieces, with Beta Testing and Circus Geeks’ performing pieces in the past focusing on how technology and showmanship can come together. Meanwhile, Acrojou aim to create modern stories with soul using physicality rather than words and Bassline Circus have got the grungy, industrial world of circuses covered.

With so many new themes to explore in this modern world, perhaps circuses really aren’t lost forever to British audiences. Instead, they are taking over our festivals and our theatres, giving audiences the chance to see a story and a splendid array of skills unlike any other in the world.