Ramin Karimloo and Celinde Schoenmaker are to star in the UK concert premiere of Doctor Zhivago the musical at London’s Cadogan Hall. 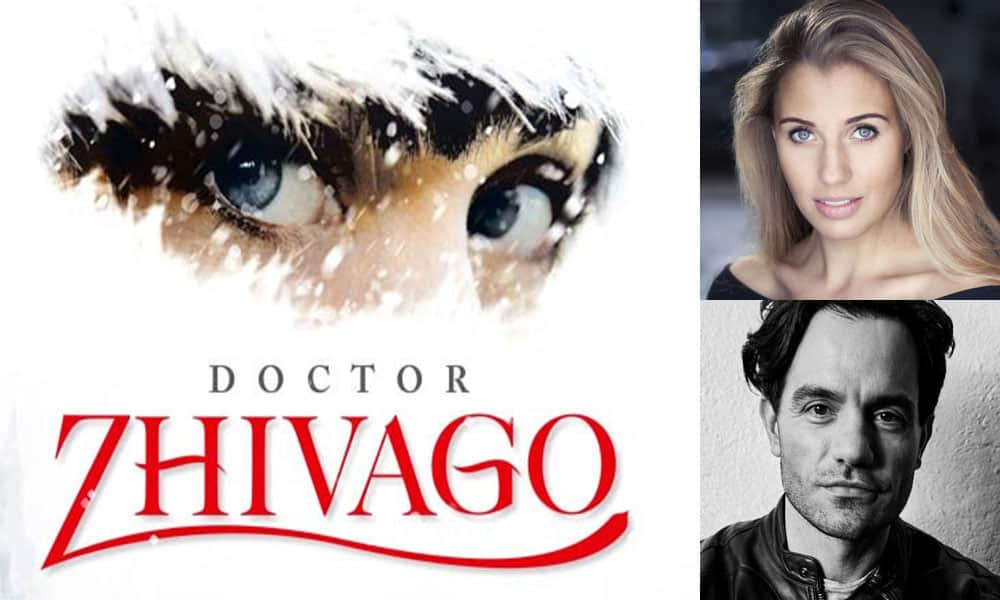 The UK Concert premiere of Doctor Zhivago the musical will be presented on 1 September at 2 pm and 6.30pm at Cadogan Hall, London with Ramin Karimloo as Yurii Andreyevich Zhivago and Celinde Schoenmaker as Lara Guishar.

Based on the Nobel Prize-winning novel by Boris Pasternak, prepare to be taken on an epic journey of heartbreaking romance, following the search for love during the final days of Czarist Russia. Raised as an aristocrat, Yurii Andreyevich Zhivago is a political idealist, physician, and poet whose life is tossed by the tides of history as he is torn between a life with his close childhood friend and wife and the passionate and mysterious Lara Guishar. Zhivago, however, is not alone in his yearnings for Lara and must compete with both revolutionaries and aristocracy alike to win the heart of the woman he cannot live without.

Lambert Jackson today said “The story of ‘Doctor Zhivago’ is such a timeless classic and it is even more stunning in musical form. It’s a beautiful piece of writing and to be able to present the UK concert première of this show is an absolute honour. We are also thrilled to be working with the extraordinary Ramin Karimloo and divine Celinde Schoenmaker to bring this beautiful music to life.”