Producers of the worldwide musical sensation Six are seeking help from all of the show’s fans in Quuendom in creating a very special video.

Producers of the smash hit British musical Six have put out a call to the shows fans worldwide to create a very special video.

BE PART OF A WORLDWIDE SENSATION AND HELP US MAKE HERSTORY. PERFORM WITH THE QUEENS ON THREE CONTINENTS AND SEVEN SEAS!

We’re creating a very special video featuring the Queens of SIX and the Queendom and we want everyone to get involved. All you need to do is follow the instructions below:

– Using your phone, film yourself singing the final chorus of “SIX”. It is very important that you sing the FINAL chorus because it’s in a different key to the others. It starts at 3:17 on the track.

– Sing along to the official album recording using headphones so that only your voice can be heard in the video not the track.

– Film in landscape, not portrait!

– You can film it on your own, or with anyone else in your household. It’s up to you!

– All videos must be sent to us before midnight on 9th April.

With book, music and lyrics by Toby Marlow and Lucy Moss, Six puts a modern twist on the tales ofd the six wives of Henry VIII. Starting at the 2017 Edinburgh Festival it has become a cultural phenomenon with productions opening in the West End, North America, Australia, New Zealand and almost on Breoadway (that one hopefully will be remedied soon!).

Six will continue at London’s Arts Theatre when the theatres re-open after the COVID-19 Shutdown.

The video notificatioon can be seen below. 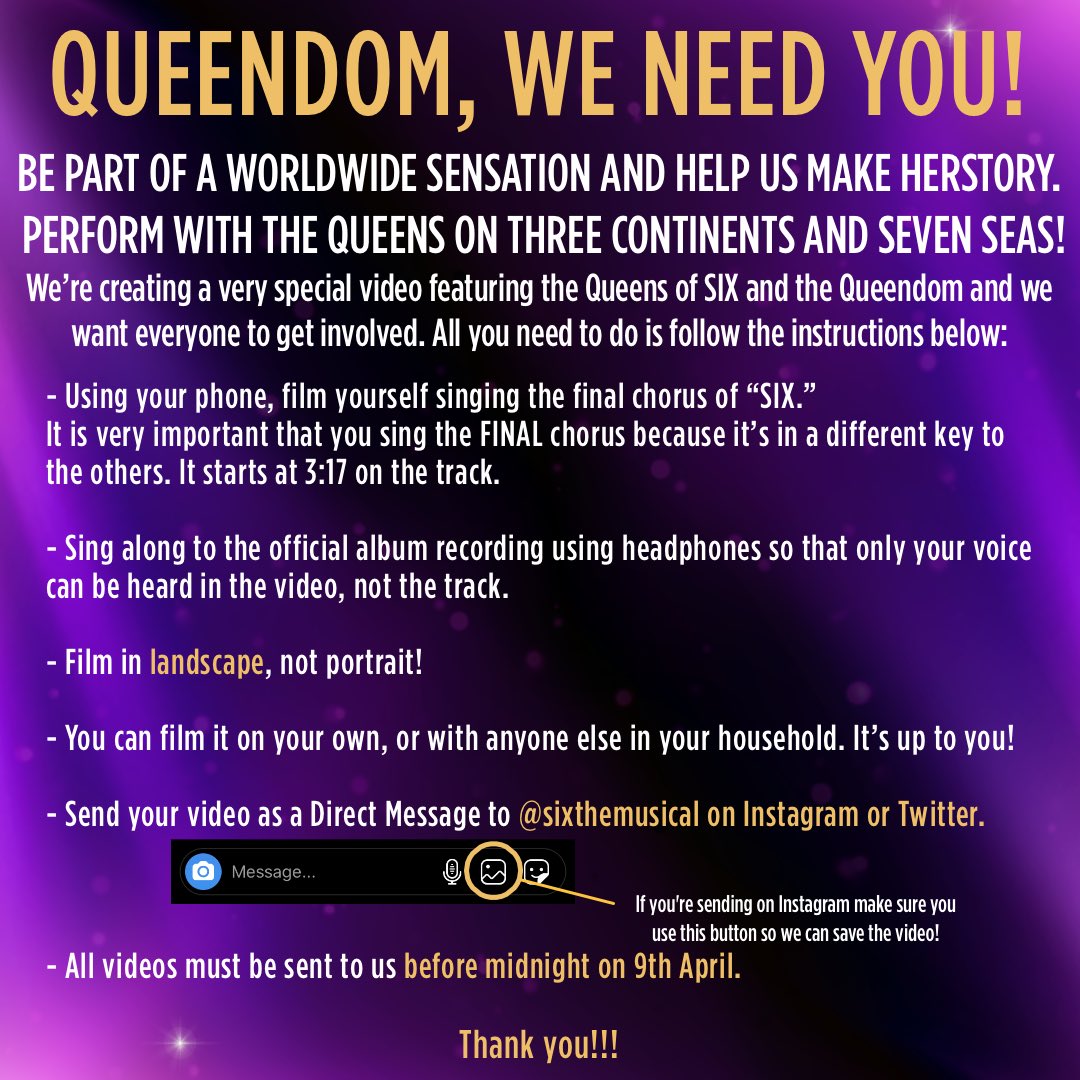