Disney’s The Lion King continues a record-breaking run at the Lyceum Theatre, London where it opened over 20 years ago. The Lion King Tickets are back on sale soon. 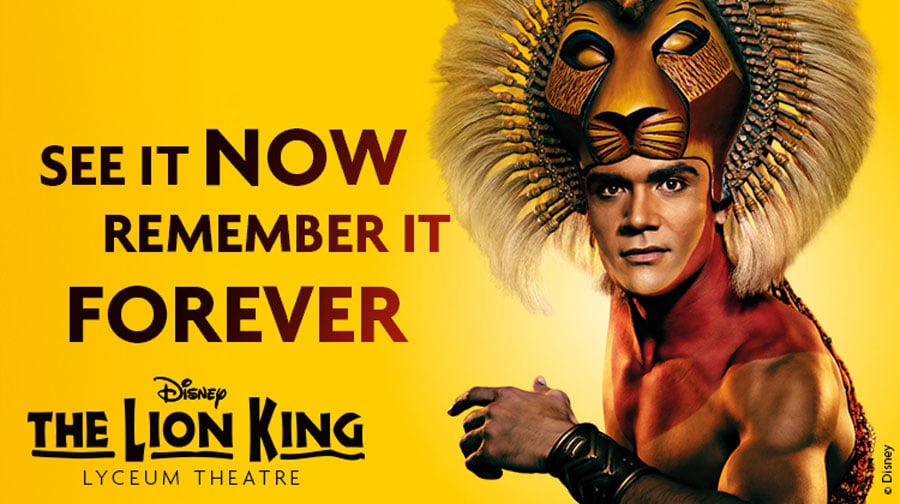 The most successful stage entertainment on the planet. Disney’s The Lion King is based on the Disney animated feature of the same name, which at the time was Disney’s highest-grossing animated film ever (only recently surpassed by Frozen).

The Lion King musical was the winner of six Tony Awards including Best Musical and Best Direction of a Musical when it opened on Broadway. It opened at the Lyceum Theatre, London on 19 October, 1999 where it is still running 20 years later playing over 7500 performances later.

Set against the majesty of the Serengeti Plains and to the evocative rhythms of Africa, Disney’s multi-award-winning musical is a unique theatrical experience that you will be remembered forever.

Due to the ongoing impact of Covid-19, it is with sadness that Disney and we have taken the decision to suspend all performances of The Lion King until Spring 2021. Sign-up for priority access to tickets when performances go back on sale.