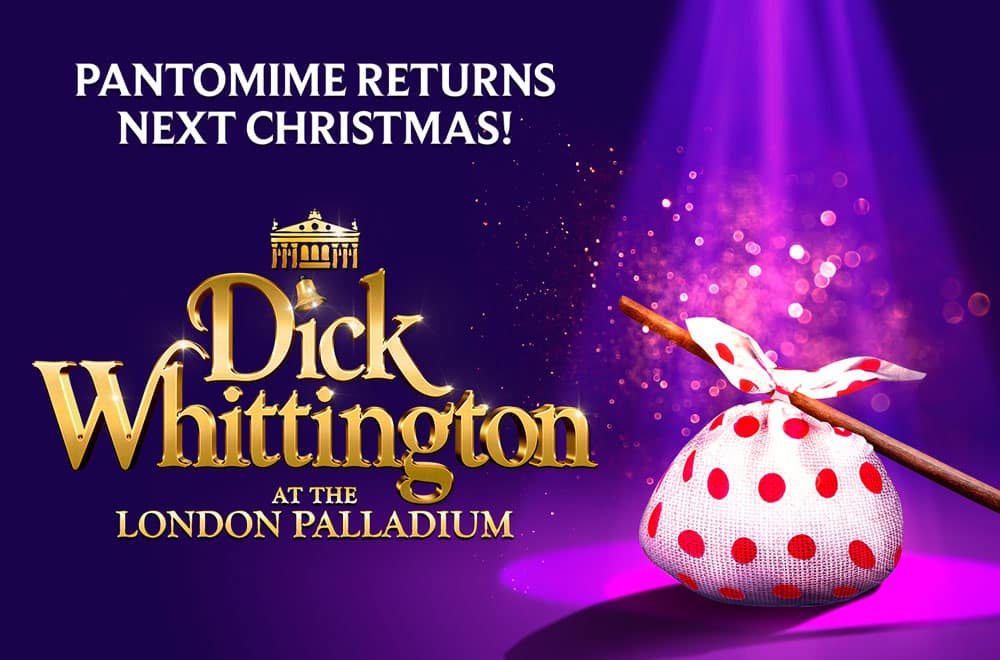 Following the success of QDOS Entertainment’s production of Cinderella at the London Palladium this year, QDOS have announced they will return to the Palladium in 20917 for a festive presentation of the family favourite pantomime Dick Whittington.

QDOS Entertainment has established itself as one of the largest entertainment companies in Europe. Over the past 36 years it has staged 649 pantomimes, with over 1.6 million people seeing one of its pantomimes this year alone.

On the return of pantomime to the Palladium Qdos Entertainment Chairman Nick Thomas said: “We’ve been overwhelmed by the exceptional response that our production of Cinderella has received – the show has now broken the Box Office record for the highest grossing week in the West End. We couldn’t resist Really Useful Theatres invitation to return to the iconic home of pantomime for a second year and look forward to revealing more about Dick Whittington and its cast in the New Year”.

Tickets for Dick Whittington which opens at the London Palladium on 9 December 2017 are now on sale.

BOOK  NOW FOR DICK WHITTINGTON AT THE LONDON PALLADIUM