Diary Of An Expat by Cecilia Gragnani and Jvan Sica comes to Underbelly Cowgate as part of the Edinburgh Fringe 2018. 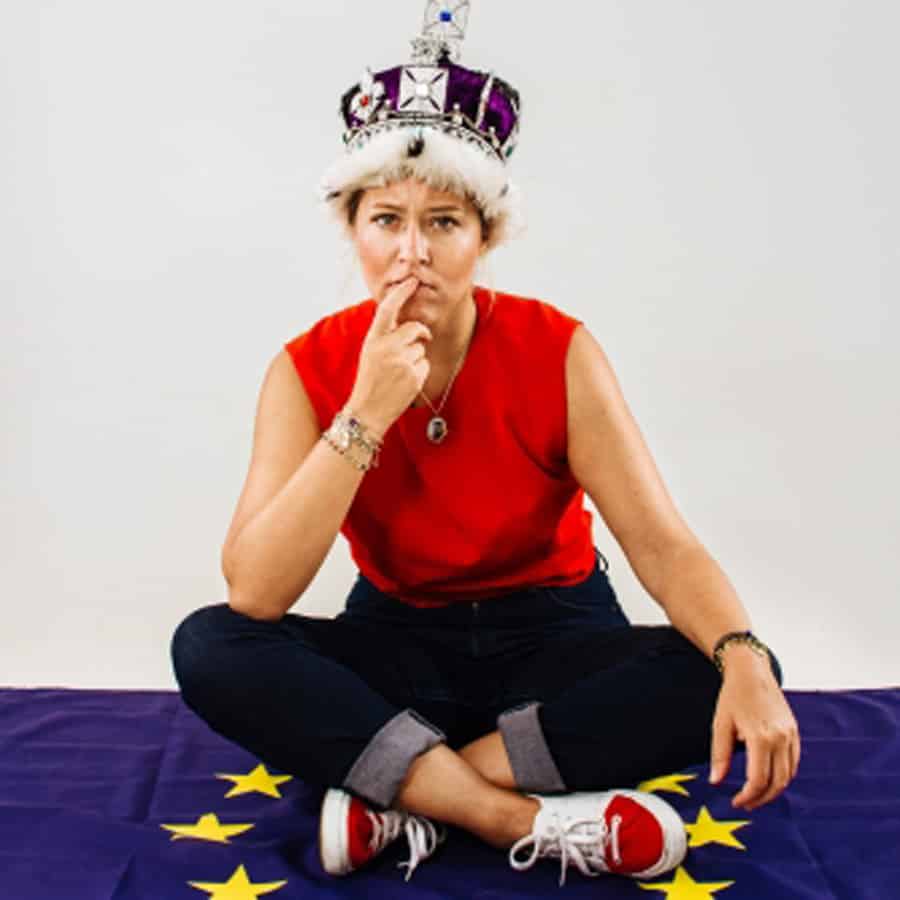 Diary Of An Expat tells the comic story of the encounter between modfern migrant Cecilia and the contemporary El Dorado that is London.

When she arrived in the UK from Italy nine years ago, with a suitcase full of hopes, dreams and bags of pasta, Cecilia’s mission began – trying to become British whilst remaining deeply Italian.
She started her exciting life abroad with thrilling adventures, a successful career and a vibrant urban lifestyle…kind of. Now, after numerous dubious jobs and weird encounters, Cecilia finds herself alone among the chaos of multi-ethnic, glamorous London whilst navigating the ever-present uncertainty of Brexit. Now turning her desires into reality has become a titanic endeavour as the European dream of life abroad slowly drifts away. Based on real testimonies as well as personal experiences of writer Cecilia Gragnani, Diary of an Expat looks at lives of Europeans abroad and their urgency to understand and explore what expatriating means for a younger generation.

Confronting the legal technicalities of becoming a citizen of another country, Cecilia questions what role this will play on her identity and how we decide where we belong.

Diary Of An Expat is performed by Cecilia Gragnani and Steve Wickenden.

Katharina Reinthaller comments: “Becoming British whilst remaining deeply Italian seems like an impossible mission, especially in the multicultural turmoil that is London. In Diary of an Expat the city itself helps Cecilia to go her own way and live the European dream. Kind of. The team behind the show is an Austrian-Italian-Lithuanian-Scottish mix and we want to explore what it means to be ‘European’ -which turns out is not easy to define. After ten years a place becomes somewhat a home but identities still feel blurry. Even if we love queuing. And tea. And sausage rolls.”

Diary Of An Expat is directed by Katharina Reinthaller, sound design by Neil McKeown, set design by Rasa Selemonaviciute with lighting design by Manuel Luigi Frenda.

BOOK TICKETS TO DIARY OF AN EXPAT