Diana the musical is to be filmed to premiere on Netflix ahead of the shows May 2021 opening at Broadway’s Longacre Theatre. 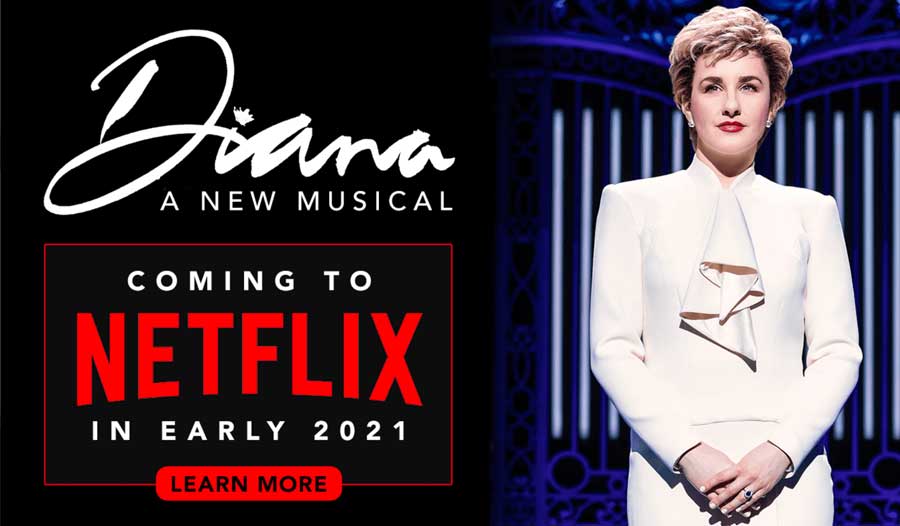 Diana the musical had been due to open on 31 March 2020, but now sits in hiatus until it officially opens now on 25 May 2021. In the meantime, the show is being recorded and prepared for its premiere on Netflix worldwide.

In a joint statement, the Diana producers said, “We speak for the entire company when we say that we couldn’t be more excited to finally be able to share our show with theatre lovers everywhere. Though there is no substitute for the live theatre, we are honoured to be a part of the quality entertainment that Netflix provides its subscribers worldwide.”

Diana, directed by Christopher Ashley, will be filmed without an audience on the stage of the Longacre Theater and will feature the original Broadway cast including Jeanna de Waal as “Diana”, Roe Hartrampf as “Prince Charles”, Erin Davie as “Camilla Parker Bowles”, and two-time Tony Award® winner Judy Kaye as “Queen Elizabeth”. The producers have worked closely with Actor’s Equity Association on all protocols.