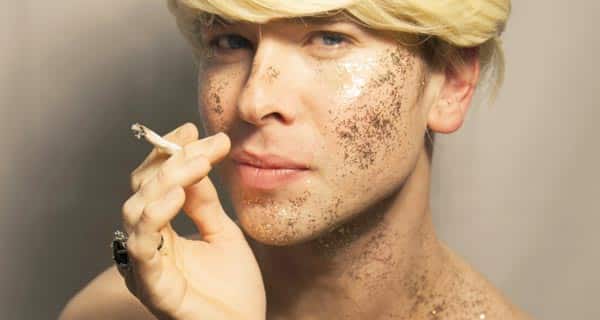 Villa Windsor, Paris, 1981 – Wallis, Duchess of Windsor aged 82, invites Lady Diana Spencer aged 19 to a despair-laden bachelorette party on the eve of her wedding to the Prince of Wales.

This vulgar comedy explores the notion of those marrying into the royal family and how they are regarded by history. It is a piece riffling on drag, early 80s fashion, Princess Diana obsession, historical melodrama and physical theatre. The script makes use of original quotes drawn from interviews with Wallis Simpson and Diana Spencer and evokes the plantation period of the Deep South and the clipped drawl of the Sloane Ranger. The relentless inappropriate language evokes a sense of otherness to allow audiences to feel as if they have intruded on a private moment.

Chris Roberts, one of London’s most subversive actor-directors, plays both characters – two women performing for men who are unable to redeem themselves. Roberts comments: “Like extracting venom from two idle snakes or being bludgeoned to death with one of the Queen Mum’s Christmas hams, I promise a night of catastrophic royal madness. Is there any other kind? Dead Royal is on the verge of deep tragedy but hysterical at the same time“.