For a strictly limited nine-week engagement, TRH Productions will present the two-hander at Theatre Royal Haymarket from October 6 to December 9, 2017. Venus In Fur tickets are on sale now.

Natalie Dormer plays enigmatic actress Vanda Jordan who appears unannounced for an audition with director Thomas Novachek (David Oakes). She is determined to land the leading role in his new production despite seeming wrong for the part. Over one evening in downtown Manhattan their charged meeting becomes a seductive dance to the end. 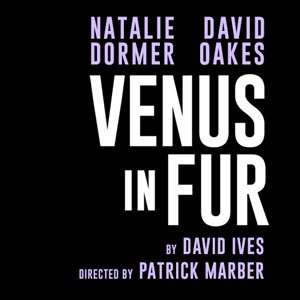 It will be directed by playwright Patrick Marber and designed by Rob Howell with lighting by Hugh Vanstone and casting by executive producer Ilene Starger.

David Ives was nominated for a Tony Award for best play for Venus In Fur, which has been produced all over the country and the world and was turned into a film by Roman Polanski. It is an adaptation of Leopold von Sacher-Masoch’s 1870 novel Venus in Furs that inspired the term masochism.

It debuted Off-Broadway at the Classic Stage Company in 2010, transferring to Broadway’s Samuel J Friedman Theatre where it starred English actor Hugh Dancy with Nina Arianda who earned the Tony for best actress in a play.

Natalie Dormer is known globally for film and TV roles including Margaery Tyrell in HBO series Game of Thrones, Anne Boleyn in The Tudors and Cressida in The Hunger Games: Mockingjay Parts 1 and 2. She will next be seen in The Professor and the Mad Man, In Darkness and Picnic at Hanging Rock. Her theatre roles include After Miss Julie and Sweet Nothings at the Young Vic and .45 at Hampstead Theatre.

David Oakes is best known for portraying Juan Borgia in TV series The Borgias as well as lead roles in The Pillars of the Earth, The White Queen and Victoria, for which he is  filming the second series. Stage credits include Shakespeare In Love at the Nöel Coward Theatre and Pride and Prejudice at Regent’s Park Open Air Theatre.

BOOK TICKETS FOR VENUE IN FUR AT THEATRE ROYAL HAYMARKET