Mark Ludmon replied with the following:- 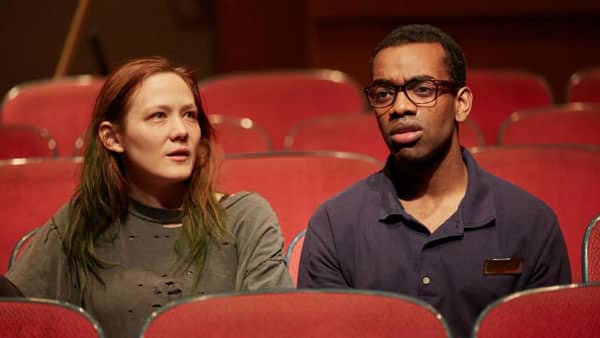 In another wonderful year for British theatre, one of my highlights was Annie Baker’s The Flick at the Dorfman at the National Theatre, unfolding the quiet desperations and joys of young people working at a small independent cinema in Massachusetts. Despite its running time of three-and-a-quarter hours and long silences, it was an absorbing, beautiful play with perfectly pitched performances.

A powerful performance by Billie Piper made Yerma at the Young Vic stand out for me. Simon Stone’s modern adaptation played pretty freely with Lorca’s original, creating a stunning, heart-breaking drama about the despair of childlessness, played out within a glass box to add to a feeling we were glimpsing private horrors.

My favourite show of the year has come at the end: Schiller’s Mary Stuart, still running at the Almeida Theatre. Robert Icke directs his own clever adaptation, making it a gripping political thriller as well as an intense personal drama, with the fantastic Lia Williams and Juliet Stevenson taking turns as Mary Queen of Scots and Elizabeth I based on the toss of a coin at each performance.

What do you think?