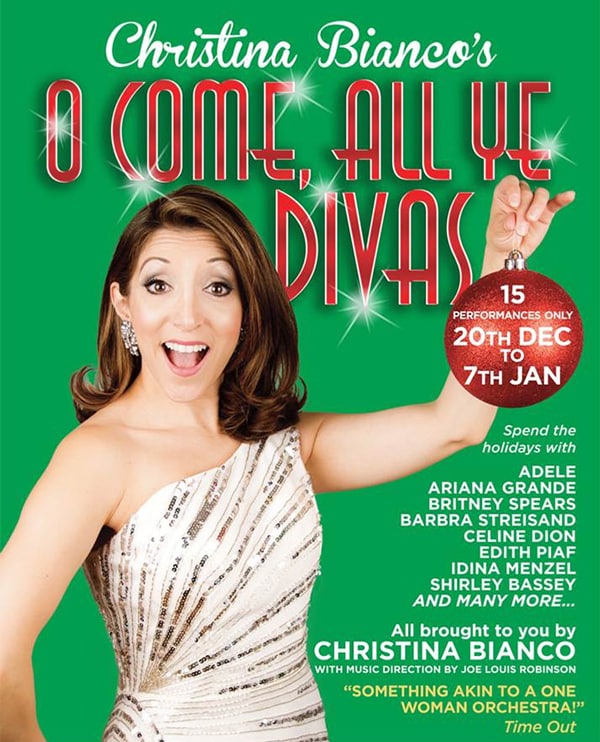 Christina Bianco, known as the girl of a thousand voices will premiere her special festive spectacular O Come, All Ye Divas at Charing Cross Theatre for 15 performances from Tuesday 20 December 2016 to Saturday 7 January 2017. Tickets are now on sale.

The US vocal impressionist whose You Tube videos have bought her a stunning 23 million views will bring her classic renditions and unlikely interpretations of favourite Christmas holiday tunes along with hilarious sketches and a fabulous on-stage band. Christina promises to take Londoners on a seasonal celebration like no other!

Two-time Drama Desk Award nominee, Bianco made her West End debut in Forbidden Broadway at The Vaudeville Theatre. She has performed her critically acclaimed solo shows, Diva Moments and Party Of One, to sold-out crowds in the US and the UK. She recently completed a 14 city UK tour,
titled, Me Myself And Everyone Else, earning 5-star reviews across the country.